Articles similar to this one you may find at Olivia's writing platform - freshessay service where you can read more her paper.
Tags: culture, ethics, society
— 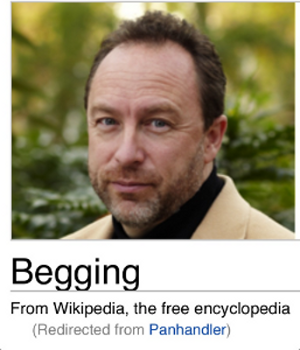 Past campaign was most successful ever for the Wikimedia Foundation, continuing an unbroken streak in which donations have risen every year since the campaigns began in 2003. You may consider that banners with Jimbo and others are very funny, but this model really works.
More detail...
Tags: fundraising, Wikimedia, Wikimedia Foundation, Wikipedia
0

The money will be a significant contribution to the common fund. The grants and donations are the main source of existence for Wikipedia and other Wikimedia projects. The money comes from the users, they usually donate about 5-10 euro. Fortunately, some people can part with a greater amount of money.
More detail...
Tags: charity, donation, Sergey Brin, Wikimedia Foundation, Wikipedia
0