Introduction
As a passive device, capacitors have unique functions in electronic circuits such as tuning, bypassing, coupling, and filtering. For example, it is used in the tuning circuit of the transistor radio, and also used in the coupling circuit and bypass circuit of the color TV. With the rapid development of electronic information technology, the update speed of digital electronic products is getting faster and faster. Capacitors play an important role in consumer electronic products such as flat-panel TVs (LCD and PDP), notebook computers, digital cameras and other products. Therefore, it is very important to ensure the normal use of capacitors and to test its quality. Here this article will talk about how to test a capacitor in detail. 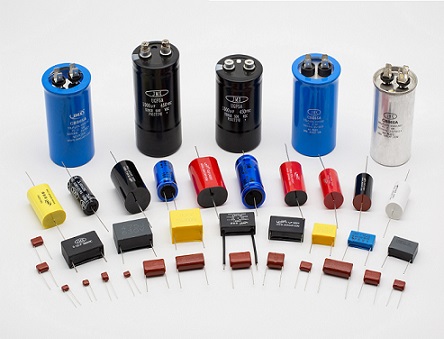 1.1.3 Using Voltage Gear
Using a digital multimeter to detect capacitors with DC voltage is actually an indirect method. This method can measure small-capacity capacitors from 220pF to 1μF, and can accurately measure the size of the capacitor's leakage current.

1.1.4 Using Buzzer
Using the buzzer of the digital multimeter, you can quickly check the quality of the electrolytic capacitor. For example, set the digital multimeter to the buzzer position, and use two test leads to contact the two pins of the capacitor Cx to be tested. A short buzzer should be heard, then the sound stops, and the overflow symbol "1" is displayed at the same time. Then, exchange the two test leads for another measurement, the buzzer should sound again, and finally the overflow symbol "1" is displayed. This situation indicates that the measured electrolytic capacitor is basically normal. At this point, you can dial to 20MΩ or 200MΩ to measure the leakage resistance of the capacitor to judge whether it is good or bad.

1.2 Capacitor Measurements Matter
(1) Before the measurement, the two pins of the capacitor should be short-circuited and discharged, otherwise the reading process may not be observed.
(2) Do not touch the capacitor electrode with two hands during the measurement process, so as to prevent the meter from jumping.
(3) During the measurement process, the value of Vin(t) changes exponentially, and it drops quickly at the beginning. As time goes by, the speed of decline will become slower and slower. When the capacity of the capacitor Cx under test is less than several thousand picofarads, and the measurement rate of the meter is low, it is too late to reflect the initial voltage value, so the initial display value of the meter is lower than the battery voltage at very first.
(4)When the measured capacitance value is greater than 1μF, in order to shorten the test time, the resistance gear can be used. In addition, when the capacity of the capacitor under test is less than 200pF, it is difficult to observe the charging process because the change in readings is very short.
Be sure to cut off the power and discharge capacitor before measuring. The method of discharging is to find a metal object such as a screwdriver, hold the exposed part of the metal on the insulating handle with the two pins, and measure the capacitance with a digital multimeter. Locate the capacitor block and then plug the two pins into the socket for capacitance measurement, and wait for the changing reading on the meter screen to stabilize. The actual value is the capacitance of the capacitor on the side. If has leakage, an analog multimeter can be used. When measuring, the small-capacity capacitor multimeter can be placed in RX1K or RX100. The two test leads are connected to the capacitor, the pointer deflects clockwise, and then as the capacitor is fully charged, there is no current flows, finally the watch hand will reappear counterclockwise and return to infinity. The larger the angle of the watch hand, the greater the capacity. During the deflection process, the pointer must swing at a constant speed so that it can return to infinity, which preliminarily shows that the capacitor has no leakage.
If the needle suddenly slows down or does not return at a certain position on the dial, it means that the capacitor is leaking in a certain period. If it is displayed as infinity at the end, it shows that there is no leakage, but this can only be a rough judgment. If you want to find an accurate value, you have to use a capacitance meter. And the observation characteristic on the capacitance leakage tester or oscilloscope, this is impossible for ordinary people to have. There are also capacitors that have withstand voltage, which is generally written on their body. However, some ceramic capacitors are not marked on it, be careful when selecting them.

1.3 Test Non-polar Capacitors
If it is a non-polar capacitor, the multimeter can be adjusted to the "diode" gear to measure the on-off state. If the multimeter displays "1", it is normal; if displays "0" or other numbers, it means the capacitor is damaged.

1.6 Test Solid State Capacitors
Capacitance Greater than 20μF
With a common digital multimeter, the maximum measured value of the capacitance block is 20μF, which sometimes cannot meet the test requirements. To this end, the following simple method can be used to measure capacitance greater than 20μF, and also the maximum capacitance of several thousand microfarads can be measured. When using this method to measure large-capacity capacitors, there is no need to make any changes to the original circuit of the digital multimeter.
The measurement principle of this method is based on the formula C = C1C2/(C1+C2) in series with two capacitors. Since two capacitors with different capacities are connected in series, the total capacity after series connection is smaller than the smaller capacitor. Therefore, if the capacity of the capacitor under test exceeds 20μF, only one capacitor with a capacity less than 20μF should be used. In series with it, it can be directly measured on the digital multimeter. According to the formula above mentioned, it is easy to deduce C1=C2C/(C2-C), using this formula can calculate the capacitance value of the capacitor under test.

1.7 Capacitance Less than 10μF
Because the capacity of a fixed capacitor below 10pF is too small, it can only be roughly checked for leakage, internal short circuit or voltage breakdown with a multimeter. When measuring, you can choose the R×10k block, and use two test pens to connect the two pins of the capacitor arbitrarily, and the resistance should be infinite. If the measured resistance value (the pointer swings to the right) is zero, it means that the capacitor is damaged by leakage or has internal breakdown.

1.8 Capacitance between 10PF and 0.01μF
Detect whether the capacitor is charging, and then judge whether it is good or bad. The multimeter selects the R×1k block. The β value of the two transistors is above 100, and the penetration current should be small. A composite tube can be used consist of silicon transistors. The red and black test leads of the multimeter are respectively connected to the emitter e and collector c of the composite tube. Due to the amplification effect of the composite triode, the charge and discharge process of the capacitor under test is amplified, and the amplitude of the pointer of the multimeter is enlarged, which is convenient for observation. It should be noted that during the test operation, especially when measuring small-capacity capacitors, it is necessary to repeatedly exchange the contact points A and B of the tested capacitor pin to clearly see the swing of the meter pointer.

1.11 Test Variable Capacitors
1) Rotate the shaft gently and smoothly. When pushing the load shaft in full directions, there should be no looseness of it.
2) Rotate the shaft with one hand and gently touch the outer edge of the film set with the other hand. You should not feel any looseness. The variable capacitor with poor contact between the rotating shaft and the moving plate can no longer be used.
3) Place the multimeter in the R×10k gear, connect the two test leads to the moving piece and the lead end of the fixed piece of the variable capacitor with one hand, and slowly rotate the shaft several times back and forth with the other hand. The pointers of the multimeter should not move at infinity. In the process of rotating the shaft, if the pointer sometimes points to zero, it indicates that there is a short-circuit point between the moving piece and the fixed piece. If it encounters a certain angle, the multimeter reading is not infinity but a certain resistance value, indicating that the variable capacitor has a leakage phenomenon between the film and the stator.

1.12 Capacitor Polarity Distinction
The black part with a mark on the capacitor is negative. There are two semicircles on the position of the capacitor on the PCB, and the pin corresponding to the colored semicircle is the negative electrode. The length of the pins is also useful to distinguish the polarity: the long pin is anode and the short pin is cathode.
When we don't know the positive and negative poles of the capacitor, we can use a multimeter to figure them out. The medium between the two poles of the capacitor is not an absolute insulator, and its resistance is not infinite, but a finite value, generally above 1000 megohms. The resistance between the two poles of a capacitor is called insulation resistance or leakage resistance. Only when the positive electrode of the electrolytic capacitor is connected to the positive power supply (the black test lead), and the negative terminal is connected to the negative power supply (the red test lead), the leakage current is small (the leakage resistance is large), on the contrary, the leakage current increases (the leakage resistance decreases).
Without knowing it, you can first assume the “+” pole of a certain pole. Using R*100 or R*1K of the multimeter, connect the test leads, and record the scale of the stop of the test needle (the resistance value of the test needle to the left is large), and the reading can be read directly for a digital multimeter. Then discharge the capacitor, then exchange the two test leads, and perform the measurement again. In the two measurements, the black test lead is connected to the positive electrode of the electrolytic capacitor when the last position of the needle is to the left (or the end with large resistance).
When measuring large capacity capacitors, if you need to measure the positive and negative back and forth, discharge it to avoid damage to the multimeter. In addition, in high-frequency circuits, switching power supply circuits have many small capacitors, which ordinary multimeters cannot correctly judge whether they are good or bad. In terms of this case, it is recommended to use a dedicated digital capacitance meter to measure. 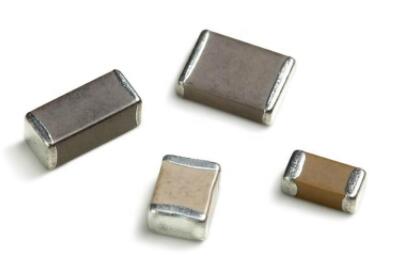 2 Test a Capacitor Using Bridge
The data measured with a multimeter is not too accurate, and it can only measure the deviation of the capacity. For a little professional, you can use a bridge. When testing a capacitor with a digital bridge, you can clamp the lead of the capacitor to test its capacity, which can also show the loss of the capacitor, especially through the loss, it is easier to distinguish the quality of the capacitor. 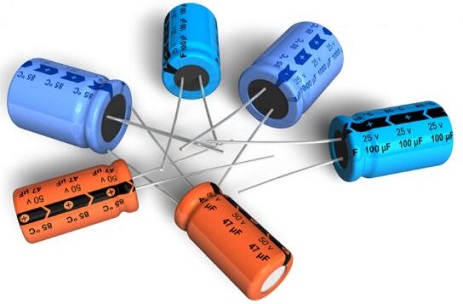