I have studied numbers of errors caused by using the Copy-Pate method and can assure you that programmers most often tend to make mistakes in the last fragment of a homogeneous code block. I have never seen this phenomenon described in books on programming, so I decided to write about it myself. I called it the "last line effect". 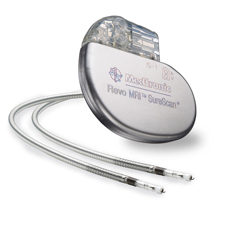 Karen Sandler (Executive Director of the GNOME Foundation) was diagnosed with a hypertrophic cardiomyopathy, which greatly increases the probability of death from heart problems some time ago. She was recommended to implant a cardiostimulator. Karen got very curios and asked a few questions such as: “What kind of the software is running in it? Can she take a look at the code, before she will trust it with her life?”, but no one could give her clear answers.

It turned out that all medical devices get certified by FDA organization (Food and Drug Administration) in the USA, which has never conducted the review of source code until some problem may happen to the device’s software. Instead, FDA relies on the manufacturer's report, which includes all the information about it. In addition, this document meets the general standards that are required in this case.
More detail...
Tags: code
—