<h2>Hashtag Tips</h2>
Hashtags are really helpful to search for interesting and relevant content. Also, this will help users find your tweet whether they are about your brand, products, services, and industry trends. Hashtags are used to reach your social media presence and they can spread your tweet across the world. This will also help to analyze the performance of your tweets. So, choosing some right and trending hashtags are good to reach your profile all over twitter accounts.

<h2>Twitter Graphics Tips</h2>
Twitter is not a visual platform, but it allows and encourages visually related tweets. Visual tweets always get more attention and engagement than without using visuals. Creating eye-popping graphics, images, and videos will build more attention to your tweets and twitter account.

<h2>Create a Profile</h2>
When you are active on every social media platform, try to use the same profile picture on every platform. People always interested in your product will immediately know they are the right and trusted social media users. Also, both profile and background photos should look great and be attentive to you and your brand.

<h2>Make Conversations</h2>
The conversation is one of the best ways to know your audience's needs, interests, and problems. Make conversation every day or weekly once. The conversation always gets the best results. Adding polls is a simple and great idea to make the best conversation. Create some questions relevant to your product, brand, and services. Simply click the compose tweet icon and create your poll question and then choose up to 4 options as needed. Also, you can select your tweet living days between 5 minutes to 7 days and then click the tweet icon. Then after your poll live days, you are able to find your poll results.
Tags: Twitter, Twitter retweets, Twitter Services
—

Twitter is a fantastic networking platform for engaging with your people. Here you can find tips and hacks for starters and those who want to enhance their height in the Twitter world.

Post Frequently
Formerly and frequently, the rule is best suitable for those who enter Twitter for the first time. You don't have any prime time to tweet or how many tweets can posts per day at the beginning stage. You don't know the right time to catch your people. Since your followers don't notice your tweet all the time. One may check in the morning and another group in the evening. By posting regularly and formerly, your followers may see at least one or two posts.

Don't be overboard
Make sure your frequent tweets have some limits, so they should not be overboard. People may feel bored or lose interest in your tweets. The only point is, don't provide too much content for your followers. Analyze your total tweets rate with an engaging rate if your tweet rate increases and your engagement rate falls. Then your followers are not happy with your content.

Build Engaging Content
You know that Twitter is a popular social media content marketing platform. But some may forget their goal. If you want to get your followers, then you must create engaging content. It must be captivating to hold interest so you can go for asking queries, Twitter polls, and create public conversations.

Update Within a Seconds
As soon as you find a hot topic is streaming on Twitter, don't miss the chance; grab it. If you focus on engaging, then go with the flow and join with trending conversations. For example, many brands and industries show their support by tweeting to women's history month. Don't feel bad if that topic does not match precisely about products. It is ok to have relevant content to match your brands. Don't hesitate to get involved in trending conversations. It may build hilarious moments when you participate in trending funny topics. That helps to create your content related to your brands. People can get traction for their new tweets easily when they buy twitter views instantly. This can help the new content get into several pairs of eyeballs.

Make Use Of Character Length
Twitter made an announcement that tweets can include up to 280 characters. When they introduce these specifications, everyone is happy to share their thoughts on each tweet. Providing informative words to write tweets should give complete meaning and should not be lifeless.

Go For Twitter Analytics
If you have the idea of modifying your Twitter profile and it came from a sudden understanding. Modifying ideas can be useful, but it may feel like quick decisions. It is better to go for Twitter analytics to get what's performing and worth it or not. After the analyses with the help of information, set your desire to reach your audience. For example, If you find your engagement rate is higher with videos, then links. Then you should consider creating more video content.

Participate In Your Community
Actually, Twitter is a communicating and interacting tool too. Give your participation in that part also to connect with your community. Plenty of organizations give less time for connecting with their followers apart from brand content. Communicate with your followers, value your follower's feelings.
Tags: Twitter, Twitter views
— 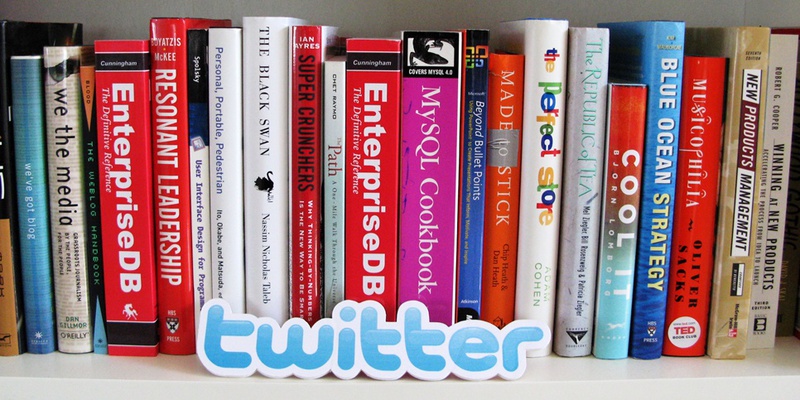 v1d0q Bitmovin (YC S15) Is Hiring a Chief of Staff
BumBum Collision Detection Is Hard: The Story of Alf
xially For developers, Apple’s Safari is crap and outdated
xially I Created a $350M Software Company Knowing Nothing About Software
Enyman Israeli military search team helped recover majority of Surfside victims
Sparks Tesla second-quarter profits top $1bn even as it struggles to handle demand
MeLavi Autofill in password managers can allow login credentials to be stolen
Siera Counterfactuals are not causality
Skull Mammals dream about the world they are about to experience before they are born
Siera Evolution of tree data structures for indexing
All in live
© 2011-2021 UMumble. All Rights Reserved.