While developing the code analyzer PVS-Studio intended for searching issues in 64-bit and concurrent software, we came to the need of collecting fresh information on the Internet on some topics. For example, it is always useful to answer the questions of programmers who may be interested in our tool on various forums and blogs. While collecting the data we found out that there is much information on the Internet and therefore manual search might be very long and tiresome. Thus the task of automating the process of searching for fresh data appeared. In this post we will tell you how we do this.
But I bet you have said right now: "Ha-ha! The guys are reinventing the wheel and are not aware of Google Alerts". Well, we are aware of Google Alerts. And it is almost the thing we need but not quite :-). We have been using Google Alerts for more than half a year and did not manage to get what we needed. And here is what we need:
More detail...
Tags: Google, html, Php, script
+3

xially 10 january 2012, 17:13
Add Comment
Yes It Is! Integrated authorization of users that supports the several services 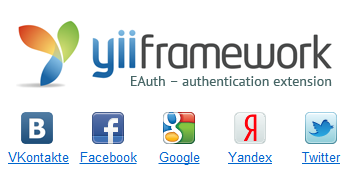 I chose the second option, because I did not have the ready extensions for yii, and I was wondering how such authorization system looks like from the inside. It was part of a module to manage the users at first, but later this functional has been extracted in a separate extension, which can be used easily in any project.
More detail...
Tags: oauth, openid, openid 2.0, Php, yii framework
0

xially 30 november 2011, 12:40
16 Add Comment
Client optimization There are 6 ways to kill your servers – let us learn scalability in the hard way

I have never met a programmer during my short life, who would not love the games. Moreover, a programmer that has never written them.
Someone begins with “Tetris”, the other one with the “Snake”. Someone loses the interest, and the other one gets “sick” and turns that illness in a favorite work or entertaining hobby.


For example, a player creates a group to go underground. The player sends a request to our server which adds a new group to the list of available groups to go underground, and then the other players are able to obtain this list and join it. When the group is formed by pressing a button, the creator sends it underground to meet the dangerous monsters.
More detail...
Tags: daemon, game development, Php, server-side
0