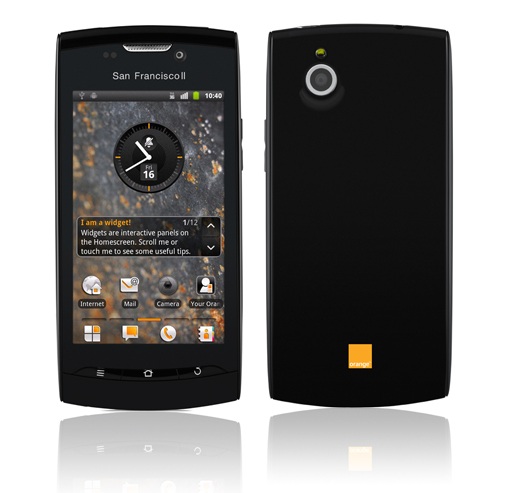 It is logical to assume that after the spectacular success of the first Orange San Francisco should appear the next version of this smartphone. Now this happened: the second version of San Francisco has already been certified by Bluetooth. The smartphone will continue to make ZTE, and most likely this handset will be called ZTE Crescent outside the United Kingdom. Besides one photograph and the information that there will be Bluetooth as well became available the innovative features of the future smartphone.

San Francisco II will have clear 3.5” WVGA capacitive TFT touch screen with resolution 480 by 800 pixels, an improved 800 MHz processor, 512 MB of internal memory, a 5MP camera for snapping and sharing quality shots on the move, Wi-Fi, Bluetooth, GPS and Android 2.3.

The San Francisco II will be available exclusively from Orange shops, Orange telesales and orange.co.uk/shop from late November and will be £99 on Orange pay as you go with a £10 top-up and free on 24 month plans of £10.50 per month.
Tags: Android 2.3, Orange San francisco, smartphone
+3