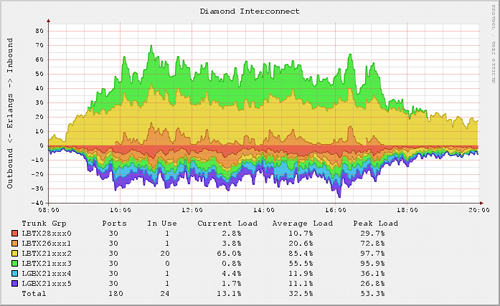 This article will describe how the developers of the project managed to squeeze out of a single server with the Pentium 4 HT / 512Mb RAM the maximum performance, holding simultaneously 700 users on the forum and 120000 on tracker. Also, it will give some details about Highload.
More detail...
Tags: freebsd, munin, Mysql, P2P, sphinx
0

The documentation for a non-blocking web server Tornado beautifully described as it copes with a great load, and generally it is the crown of mankind creation in the field of non-blocking servers. This is partly true. But when building the complex applications beyond the scope of “one more chat” reveals many non-obvious and subtle points about which we should know before run into the pitfalls. The club developers of intellectual games “Trellis” willing to share their thoughts about the pitfalls.

We are talking about a second branch of python, the latest version of Tornado 1.2.1, and postgresql, which is connected over psycopg2.


Many programmers love to use a pattern of singleton for easy access to the application class. If we think about the future horizontal scaling that is not recommended to do it. The request object will give you a thread-safe application that can be used safely.
More detail...
Tags: python, tornado, trellis
0