Why does an avocado have a large pit?


When humans settled in Central America (about 15,000 years ago), they didn't have to domesticate the avocado. Pick these wonderful fruits from the tree and eat. Save the bones and plant wherever you want. No fiddling around raising fruitful varieties from wild ancestors. These are not millennia-long attempts to domesticate corn.

If your seeds just fell and rotted under the tree, there is little use. Part of it will certainly germinate, an even smaller part will survive to adulthood. But the population of such trees is at great risk, because the parent is competing with its own children in a small area. You need to spread in all directions and occupy free spaces, then the species will flourish.

So, distributors are needed. The insects are too small to carry the seeds (they already helped with pollination, thanks for that too).

How about the wind? This is the way out. Poplar fluff, heat, July. One problem is that the seeds need to be made small and weightless in order to fly somewhere. And you also have to produce seeds in large quantities, since the chances of germination for each individual seed are negligible.

Water? It works too. You can grow near rivers and streams and drop seeds into the water. Some will sprout downstream. Option - throw seeds into the ocean if you are a coconut tree.

And if you grow up in a dense forest where the wind does not blow, and there is no stream nearby either? Use birds and animals! You can make delicious squirrel nuts. Of course they will eat everything, but they will hide some of the nuts and forget where they dug in. Overwintered nuts will sprout.

Unpalatable seeds with spines and hooks can be produced. Let them stick to the fur of animals and travel long distances.

For monkeys, bright fruits are suitable. Let them pick the fruits and jump with them along the branches to a safe place. And there they eat delicious pulp, and the stubs are thrown down.

(Have you noticed how pleasant it is for people to sit upstairs, chew something, and then throw it away? For example, throwing bits from the balcony, or throwing a bag out of the car at full speed? This is in us the instincts of our ancestors speak. We do not just litter, but perform important evolutionary purpose)

But I digress. The most beneficial thing for trees is to make delicious fruits with hard seeds inside. Let the animals eat the pulp and swallow the bones. This is the ideal option - while the bone passes through the digestive tract, the animal will have time to go far. Plus, for seeds, it is more pleasant to germinate from a pile of droppings than from bare soil.

And it is advisable to make this seed larger in size in order to leave the embryo with a supply of nutrients. So the chances of growing will increase.

Resolved, we will use mobile couriers with their digestive tracts! And then the evolutionary arms race starts. Trees compete among themselves who will grow the fruit pulp tastier. And the seeds must be made with a dense shell, you can add poison inside so that the animals do not gnaw them for nothing, but swallow them whole.

You can also play with the size of the seeds.

Restriction from below: you cannot put inside the normal supply of substances for the embryo. If your competitor makes the seeds bigger, his offspring get an advantage. In the darkness of a dense forest, an embryo from a large bone is more likely to grow to an adult.

Restriction from above: not every animal will agree to swallow such a bone. Megafauna comes to the rescue. If giant sloths (up to 6 meters long) live in your forest, why not modify the fruit to meet the requirements of this customer?

No sooner said than done. Let's make the peel of the fruit poisonous for birds and small animals - so as not to pluck the fruit from the tree. Add more fat to the pulp - so that the sloth is better fed. And we will grow the seed huge, for all the money. 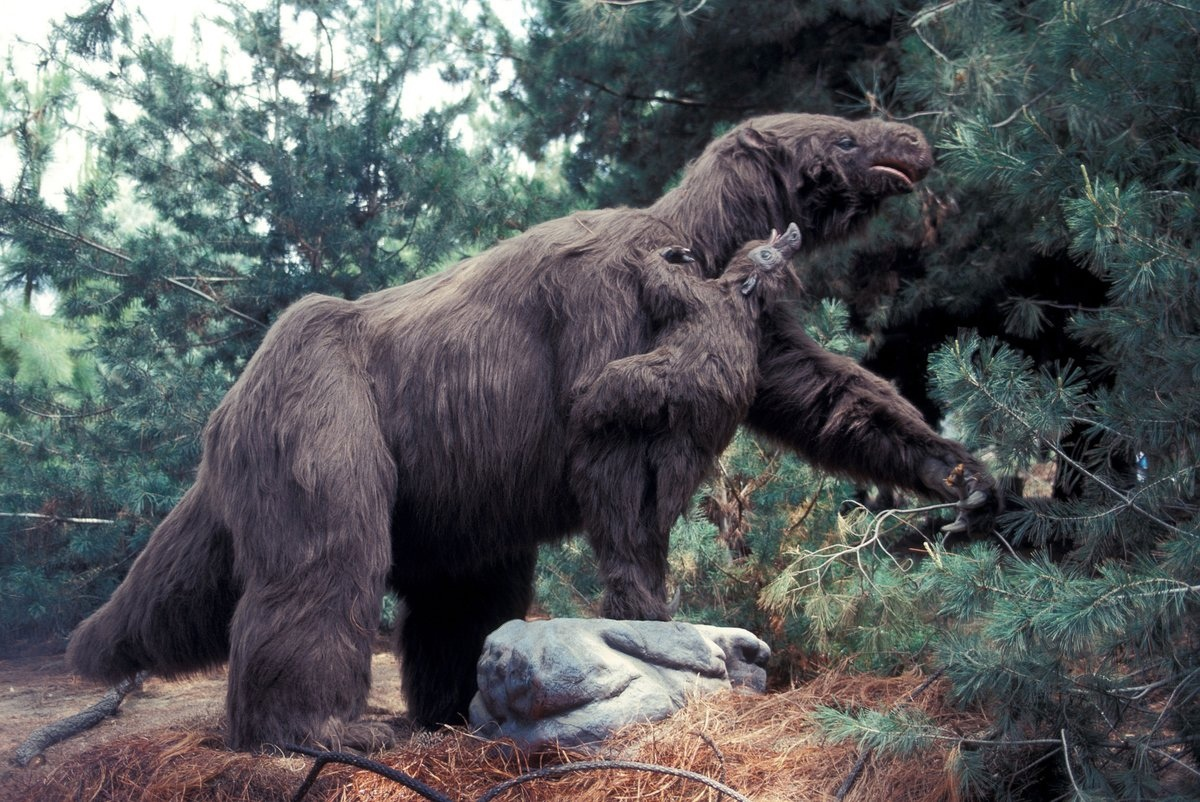 A typical morning in an American pine forest The circuit worked. This is how avocados got the most respectable distributors in the Mesoamerican forest.

(I describe the story as if the trees deliberately planned and implemented everything. Of course it did not work out all of a sudden. It started with small berries (avocado is a berry) and changed over hundreds and thousands of generations. The codependent evolution of several species is called coevolution)

The collaboration lasted for millions of years. Both species were fine. Although for avocados, the situation resembled the work of a contractor, sharpened for one client. What could have gone wrong?

An ancient man asks Eremotherium how to get to South America The black swan flew from the Sapiens tribes, who came from Alaska and quickly settled on two continents. And also quickly destroyed the entire megafauna of the Americas. The process took only a couple of thousand years.

(the thesis of the genocide of megafauna by man itself requires a detailed description, a separate article is needed. If you have reasoned objections - welcome to the comments) 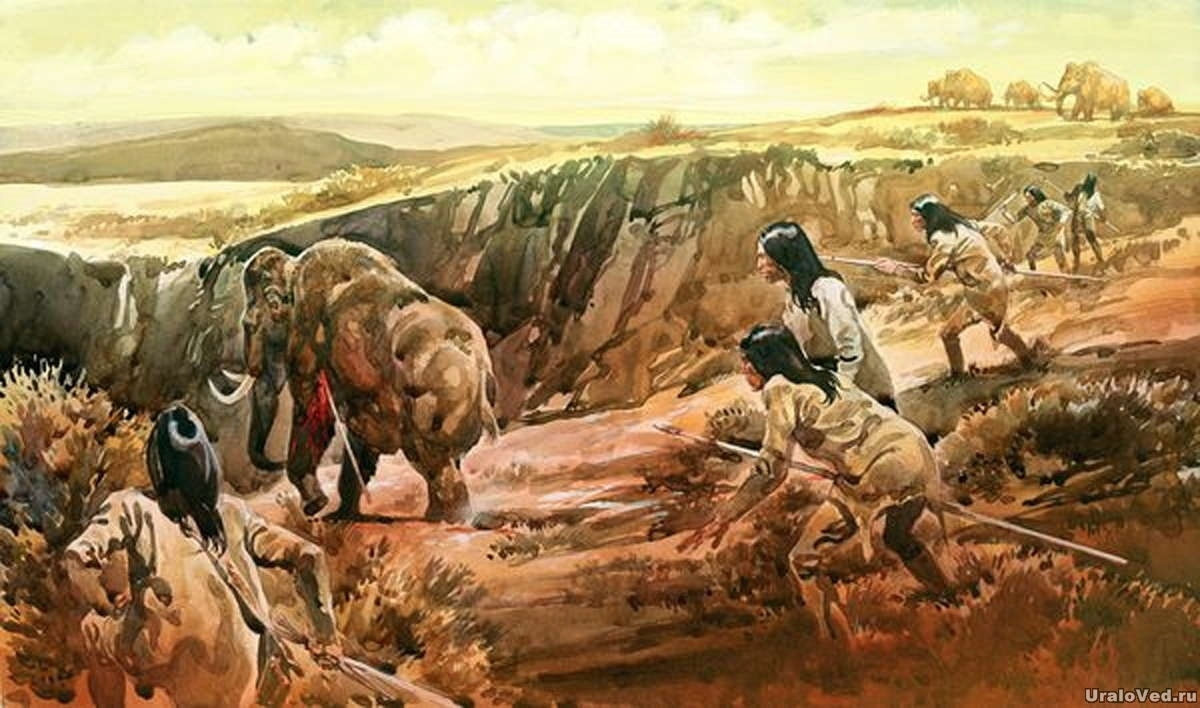 The Indians wanted to help the mammoth that had lagged behind the herd, but they accidentally wounded him; People themselves were not happy with the disappearance of the giants. Yesterday everything was fine - the tribe, without straining, got the carcass of a mastodon and settled down to rest. There is enough food for everyone, you can do exquisite crafts and generally have a cultural time. A developed civilization of the Stone Age arose (see in wikipedia article about Clovis culture ). 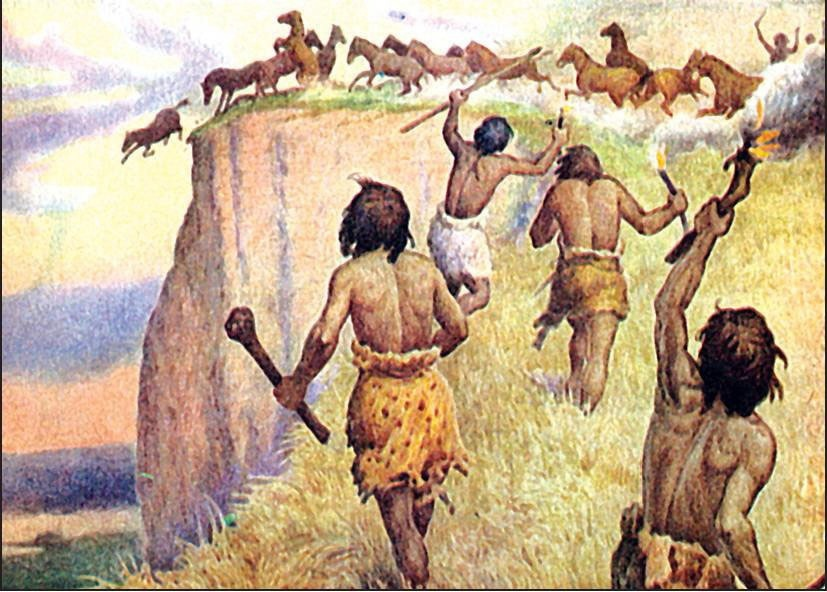 Wild horses flee, frightened by the unusual appearance of America's new two-legged inhabitants, and then the available food ran out, and with it the cultural flourishing of the Indians ended. There are buffalo left in North America, but try running after them on your own two feet! (The Indians also killed the local horses. But the new ones haven’t been brought in yet. People had to degrade)

In Central America, the freebie ran out with eremotheria (giant sloths) and glyptodons (giant armadillos).

There was sharply less food, although it was warm all around. But the horde of loafers can no longer be fed, and before the invention of agriculture is still ten thousand years. 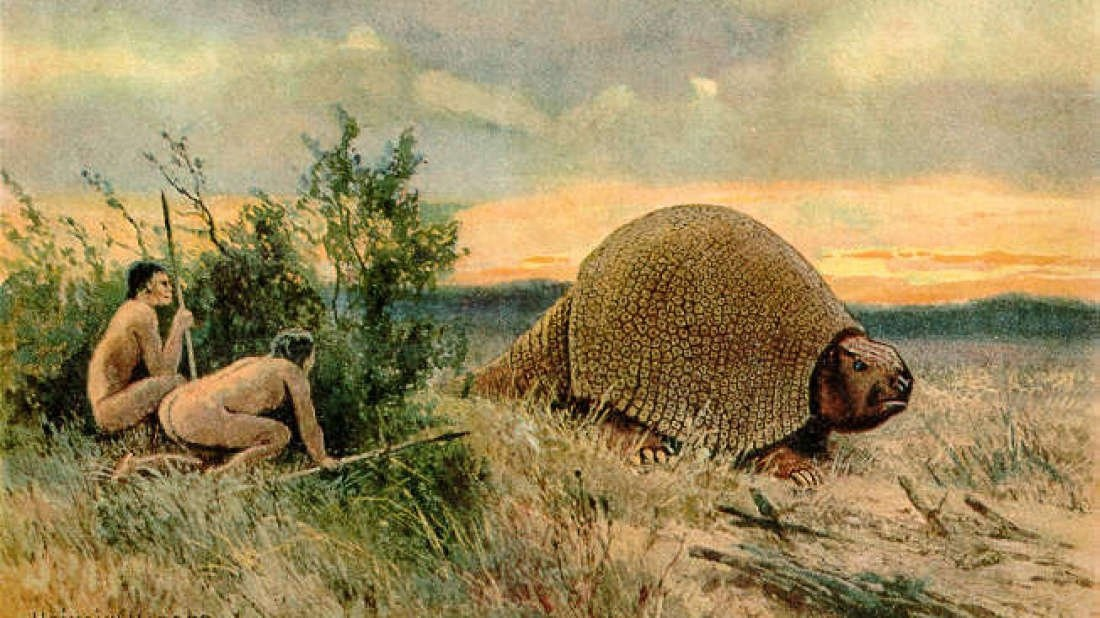 Ancient people sat down to rest in the bushes. And they watch with curiosity as the glyptodon passes by. Living in harmony with nature! And what about our avocado trees? They have decayed. What used to be an evolutionary advantage has now become a trap. You can't adjust to other animals that quickly. By evolutionary standards, the extinction of the megafauna happened instantly. Who now agrees to mess with your poisonous skin and swallow your large bone?

The Indians came to the rescue. At first, apparently, they just picked the fruits, took some with them, scattered the bones anywhere. But then they noticed that more of these trees could be planted. And cultivated varieties were bred, where there was even more fatty pulp.

The fruits were called āhuacatl, with the same word the Indians covertly called the testicles. 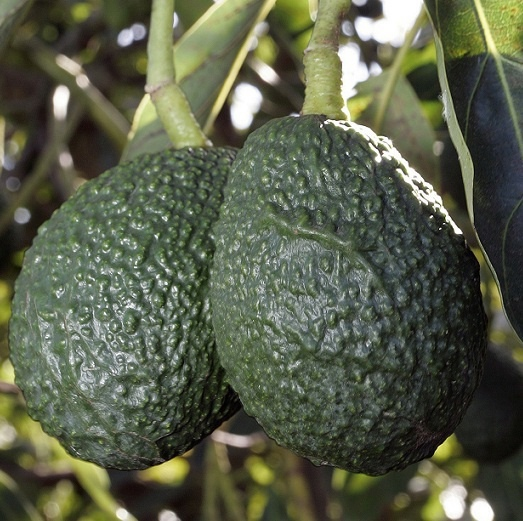 The legend of ahuacatl = testicles may have originated from a 16th century Spanish translation. The Spaniard Alonso Molina grew up in Mexico City, learned the Aztec language and compiled a dictionary. And there, for the word ahuacatl, he signed two meanings - fruit and "companion" (as the male egg was called in Spanish). So it might be applicable to the 16th century. Modern native speakers of the Aztec language do not know the second meaning, for them it is only a fruit.

And now avocados make up a significant share of Mexico's exports, along with oil and, in fact, the Mexicans themselves. And the bone remained large in size, as a reminder of the harmless giants that roamed the forest, shaking the earth. Other plant (and animal) species that also evolved with megafauna were less fortunate. Together with the giants, a large number of species dependent on them became extinct.

Moral for plants: If relying on co-evolution, try to diversify, don't put all the āhuacatl in one basket.

Moral for the Indians: when destroying a megafauna, check to see if there are any useful plants left after it that can be cultivated.

Moral for the next generation: When you're on a safari in Pleistocene Park (and I'm sure the extinct giants will be resurrected over time), walk up to the cute giant sloth and treat him to a ripe avocado.
Tags: biology, evolution, history
—