... According to statistics, 100% of the population of Mars are robots.

AWS Representative Jaime Baker presents Cape Canaveral King's Ticket to Name the Mars Rover 2020 winner Alex Mather and his family. Photo: (NASA / Aubrey Geminiani) Recall that during 2020, a competition was held in the United States for the best name for a new Mars mission.

You can study the photographs taken by the device on the official NASA website ...

Specifically, the AWS cloud processes data about Perseverance's movement and how it handles terrain. And all photos coming from Mars are sent in raw form to the AWS cloud and become available to users around the world. Thanks to cloud technology, NASA was able to broadcast 150 TB of media in just a few hours and handle up to 80,000 requests per second. Impressive numbers that are completely impossible to imagine within the framework of a classical infrastructure.

But the matter is not limited to the broadcast of photographs. Cloud power is also used for an advanced pathfinding system. Over the past few days, Perseverance has been able to transmit information to earth about more than 200 million points on the surface of Mars. According to NASA, this data will help correct the paths of future rovers and increase their speed by 40%. 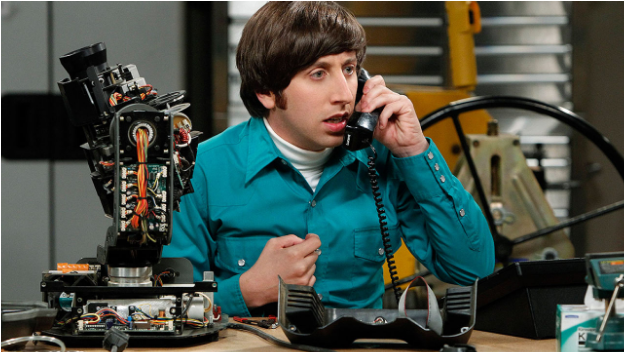 A still from the series "The Big Bang Theory". Wolowitz drove the rover into a ditch: “To control the movement of the rover, [engineers] need to see it with their eyes. Accordingly, you need to send packets with new instructions and receive feedback as soon as possible. The longer the rover can go and the more samples it can get, the more successful the mission will be, ”say AWS experts. In a way, the modern rover is like a smartphone on wheels. 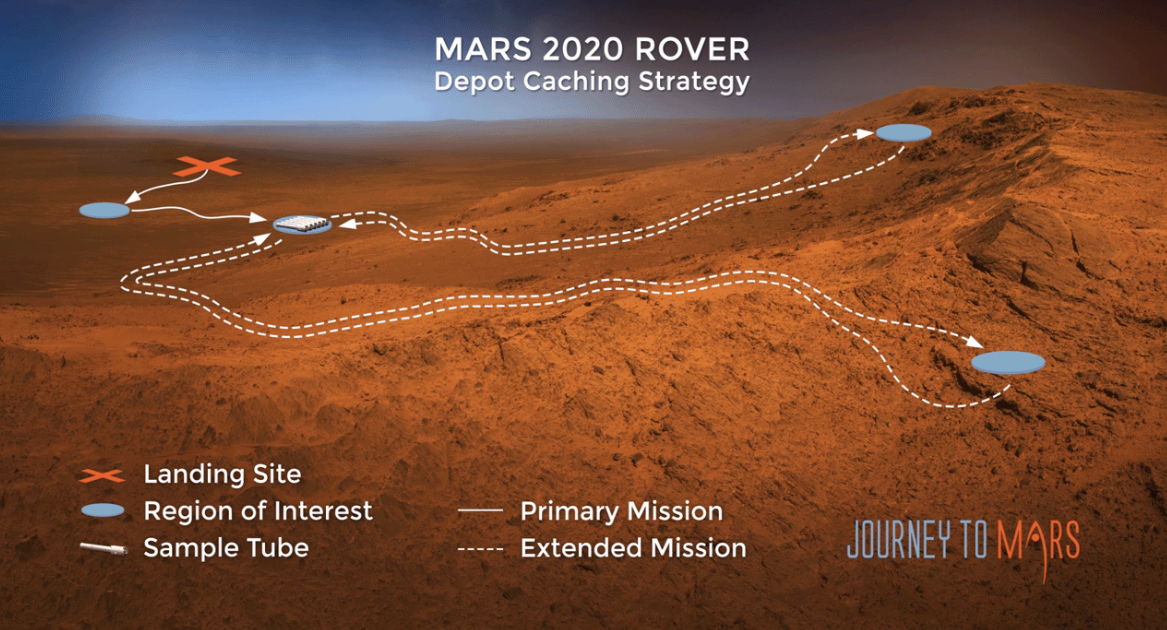 Approximate mission program. Information from the NASA website After a safe landing on February 18, the rover will stay on the planet for at least one Martian year (about 687 Earth days).

discover rocks that were formed under the influence of the environment, capable of supporting microbial life in the distant past;

to collect samples of soil and stones in which chemical traces (biosignatures) of ancient living organisms could be preserved, if they existed at all;

drill samples at 30 promising points on the planet and preserve them on the surface for further study;

test the hypothesis about the possibility of producing oxygen from carbon dioxide, which is contained in the atmosphere (for future human colonies).

Here you can watch a variety of mission videos.

The mission of Mars 2020 includes, among other things, the study of the geological features of the planet. For this, Perseverance is equipped with a variety of probes and sensors that allow not only collecting soil samples, but also performing basic analysis right on the spot.

But why did they hang a microphone on the rover? It is unlikely that scientists will be able to eavesdrop on the conversations of the "green men" - we are talking about the search for traces of microorganisms. AWS explains it like this:

“Various sensors of the rover collect a lot of scientific data: the composition of the atmosphere, wind speed and weather on Mars. Microphones record the sounds of the planet. It is assumed that NASA will process the media library collected by Perseverance and make it publicly available. This will allow ordinary users to connect to the study of Mars on an equal basis with scientists. "

Above is the location of the rover at the time of publication of the article. An interactive map is available on the website NASA ...

You can listen to audio recordings made during the mission here ...

Cloud storage is used to store data received from Mars. But, of course, this is not the only technology that supports the space mission.

A little higher, we compared the media capabilities of the rover with the functionality of a smartphone. Of course, in practice, everything is much more complicated. Perseverance is a sophisticated scientific laboratory weighing a ton. In addition, the rover has a tiny (less than 2 kg) flying companion drone Ingenuity. 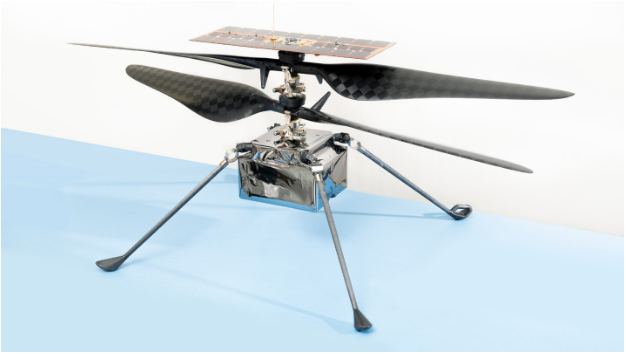 A tiny helicopter based on open source software and commercially available components If all goes according to plan, Ingenuity will be the first helicopter on Mars. But it is important to understand: the distance from Earth to Mars is 11 light minutes. That's a lot. If the rover can still take breaks to wait for new control commands, the flying vehicle does not have this opportunity. Add to this a more rarefied atmosphere than on Earth, and reduced gravity, and the "flying" mission seems completely impossible.

Strictly speaking, scientists do not pin special hopes on Ingenuity. It is more of a technology demonstration than a useful tool. If the drone crashes, the main mission will continue as normal. 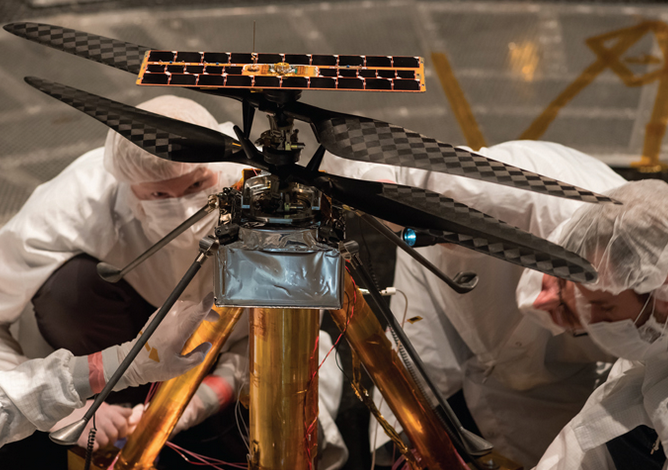 Ingenuity in real size Since it is impossible to control Ingenuity manually, NASA engineers have developed a special program for it based on Linux and their "proprietary" framework F´ (F prime). The main goal of the project is to prove that a combination of modern "stock" hardware and open source software can lift an aircraft above the surface of Mars.

Under the hood, the drone has a Qualcomm Snapdragon 801 quad-core ARM processor clocked at 2.2 GHz. By the way, this is a more powerful processor than the one installed on the rover itself. NASA is not primarily important performance, but stability: chips used in space missions must comply with the High-Performance Spaceflight Computing (HPSC) standard. These processors take years to develop and thoroughly test. Since the Ingenuity subproject is less important than Perseverance, the scientists decided to use a standard "earth" CPU in it.

Now let's touch on the software: the pilot program itself operates at a frequency of 500 hertz. It is “hertz”, not “megahertz”. According to engineers, such a polling rate of sensors will be quite enough for the helicopter to be able to steadily stay in ... let's call it "air".

As an OS, the specialists settled on Linux. There is nothing surprising here: for many years the space agency has been using modified versions of this OS in its projects. For example, Linux-based computers are used by NASA on the ISS.

As for the framework, any enthusiast can download and use it for free in a home project. Moreover, without the need to purchase expensive and rare iron - everything is tailored for standard off-the-shelf components.

An architecture that separates flight software into discrete components with well-defined interfaces.

A basic C ++ framework with support for basic features such as message queues and threads.

Tools for defining components and connections.

Will take off or not take off - time will tell. The fact itself is important: NASA engineers and programmers are ready to share some of their developments with electronics lovers around the world. So, if you are eager to build your own Mars spacecraft, everything you need is already at hand. All that remains is to build a rocket that will carry it to Mars (or negotiate with a specialist on the payload). :)

In conclusion, here are some interesting links from NASA and news agencies.

Schedule of events and live streams

Latest news about the mission

Optimistic article on the AWS-NASA partnership