The end of Easter Island civilization


In the comments under the previous entry about the apocalypse in Iceland, the people did not mind if I told about the unique original - Easter Island. I'll tell you a little.

What happened? If you read the history of the settlement of the island (the first settlers arrived there on giant rafts, which were so huge by those standards that even "hare passengers" were buried there), then they had to go through a lot. For example, the first detachment of scouts that set off BEFORE the main "wagon train" disappeared into the ocean and for this received one of the iconic compositions on the island of 7 statues.

By the time the first settlers arrived, Easter Island was truly a paradise: palm trees, forests, birds, fish, small animals, fresh water - and all this happiness is absolutely nobody's, settle down, breed, master. From the legendary hundred of the first settlers, the population of the island has grown to twenty thousand. And then the End of the World began.

By the time the islanders realized what they had done, there were no more birds and wild animals left on the island. The fertile soil was blown into the ocean by the wind. The active transition to seafood has predictably led to a fairly rapid depletion of coastal waters. It became impossible to swim further in search of fish: there are no trees, new boats cannot be built! You can't get off the island either, for the same reason.

swim - I don’t want to And here things took a serious turn, and the locals were not up to records and monuments. For the next two hundred years, the entire population of the island was engaged in war, cannibalism and the redistribution of the remaining scarce resources that could ensure survival. According to oral legends, at first they killed all the nobility, and then, settling in small gangs along the coast, they started a war of all against all, in the best traditions of Mad Max. Almost in our time, the locals did not particularly want to "share artifacts" with the Europeans, since they have seen everyone in their history.

a sample of Rongo-Rongo writing During their existence, the islanders used their uh-e writing, which materialized in the form of Rongo-Rongo tablets. Today, most of the original plaques are "considered lost," but there is one detail. Considering the simple fact that uninvited guests constantly visited the island and with no friendly intentions (in the 19th century, for example, most of the population was driven into slavery to another country, and then they even made a leper colony out of the island) - the locals found their own way of preserving life and property. These are caves. Volcanic origin. Some of them can only be penetrated from the ocean side and, for example, only at high tide, or vice versa, only at low tide. They say that in the caves there are still a huge number of artifacts of the islanders, and even the descendants of those who hid their property there and hid themselves no longer remember where and what was hidden. With the threat of the appearance of aliens - children, women, valuable property was instantly taken away / carried away to the caves. 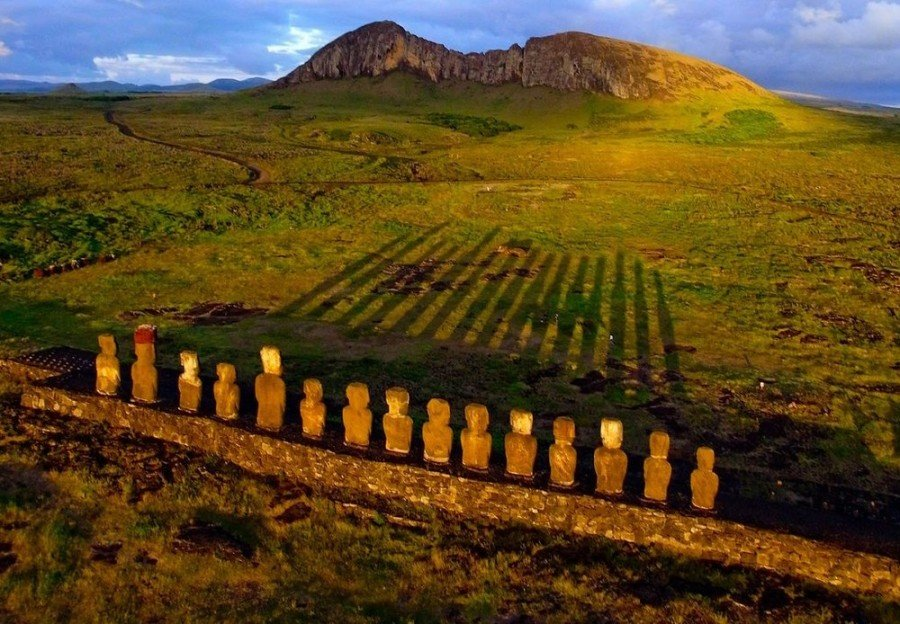 Since the island is under the protection of UNESCO - now there is no chance for "black diggers" there either. The island maintains the inviolability of private property (many have a couple of statues in their own garden). And most importantly, there are squads of rangers who monitor the preservation of the external appearance of the island (and statues, of course).