Easter eggs on the rover: a parachute with a secret message and its decryption

Across the Atlantic, Maxence Abela, 23, a computer science student, realized what Chen was talking about: the Perseverance parachute pattern, which seemed random, was a cipher.

He called his father Jerome, a software engineer at Google based in London, and they worked together on a solution.

“We love such small tasks,” said Abela Sr. "We didn't think we could handle this, but it was worth trying."

Chatting via video link, they downloaded a video and individual images showing a fully deployed parachute and began to put the parts together.

Other people around the world were doing the same - they exchanged information on Twitter and on Reddit. “It's great that NASA is incorporating such puzzles into their missions,” said Aditya Balaji, a computer science graduate student at Carnegie Mellon University in Pittsburgh. Aditya set about solving the problem on his own.

Balaji likened the parachute puzzle to a couple of science fiction films: Contact, where the scientist, played by Jodie Foster, unravels an alien message, and The Martian, where Matt Damon's character Mark Watney communicates with people on Earth using a similar code.

“I think it's great that real life can sometimes be even more exciting than movies,” said Mr. Balaji.

The idea with the code came to Ian Clarke, who led the development of the parachute. In the past, the Curiosity rover (successfully landed on Mars in 2012) used a similar system, however failure of a prototype parachute intended for future missions , prompted engineers to improve the design.

While watching a video of testing a new parachute for Perseverance, Dr. Clarke noticed that the checkerboard pattern on the canopy made it difficult to track the deployment of individual parts of the parachute.

ASPIRE parachute tests in 2018. As a result of the tests, the engineers managed to set a record for the speed of inflating a parachute - the peak load was almost 32 tons.

Since the Perseverance was equipped with video cameras, Dr. Clarke wanted to create a special pattern for the parachute. This, in turn, made it possible to "have a little fun," he said.

He asked for permission from Matt Wallace, the mission's deputy project manager.

“I gave them the go-ahead,” recalls Mr. Wallace. "Just make sure it is appropriate and not misinterpreted."

The parachute, 21 meters wide, consisted of 80 fabric strips radiating from the center and forming a hemispherical dome. Each of the stripes consisted of 4 parts, which means that Dr. Clark had 320 fragments at his disposal.

Some of his ideas would require additional colors, but this could threaten the integrity of the parachute - untested dyes could weaken the fibers of the fabric.

“We didn't want to use fabric dyed in a color we hadn't worked with before,” Wallace said.

Even the white and orange pattern (both of these colors were previously used in parachutes) could potentially create problems. “There are a lot of non-obvious questions,” said Dr. Clark. "For example, the dominance of one color over another can cause the parachute to heat up in a different way, could this change its behavior?"

In the end, mission managers would find themselves in an awkward position if they had to explain how they failed a $ 2.7 billion mission when one of the engineers hid a secret message in a parachute.

Be that as it may, Dr. Clark's tests showed no negative consequences, and the plan was implemented. Until this week, only about half a dozen people knew about it.

When computer scientists see a combination of white and black (in this case, white and orange), they immediately think of the binary code, ones and zeros that make up the language of computers.

Maxence Abela and his father assigned each orange section of the parachute a 1, and each white one a 0. Thus, the pattern became a long string of ones and zeros.

They thought that the numbers could possibly be presented as an image - this is how scientists conveyed communication from the Arecibo radio telescope in Puerto Rico in 1974 to inform distant alien civilizations about humans.

“We have not been able to find anything like that,” said Jerome Abela.

Then they tried breaking the numbers into groups of 8 characters — standard programming practice. This method also gave out gibberish.

Abela Sr. noticed that the numbers, it seems, can be collected in groups of 10 characters. “Every 10 bits contain three zeros next to it,” said Maxence Abela. They decided it was not a coincidence.

However, the numbers obtained did not make sense. They later realized that they were counting ones and zeros in the wrong direction - counterclockwise, not clockwise. When characters were written in reverse order, 10-digit chunks of binary code could be translated into small numbers that could be assigned to letters. The number 1 corresponded to the letter A, the number 2 to B, 3 to C, 4 to D, and so on.

The message on the outer three rings is “Dare Mighty Things”.

Abela tweeted his response at 4:36 am ET, about two hours after Mr. Chen made a cryptic hint during a press conference.

This credo is often quoted at NASA's Jet Propulsion Laboratory in California, where Perseverance was created and from which it is operated. This phrase taken from the speech of Theodore Roosevelt 1899 of the year under the title "Stressful Life". It said: “It is much better to do great things, to win glorious victories, even if they are overshadowed by failure, than to take a place among those poor people who do not get much pleasure. do not suffer, because they live in the gray twilight, knowing neither victory nor defeat. "

On the fourth ring, there were still numbers and letters that none of the Abel family could understand. It turned out that this is the longitude and latitude of the NASA center: 34 ° 11'58 "N 118 ° 10'31" W.

“If you open Google Earth and enter these coordinates then you will be 3 meters from the visitor entrance to the jet propulsion laboratory, ”said Dr. Clark.

In the evening, Adam Stelzner, chief engineer of Perseverance, posted a diagram with notes explaining the answer.

The parachute was not the only fun of the creators of Perseverance.

Attentive people have noticed a series of drawings showing five rovers sent by NASA to Mars - from the small Sojourner in 1997 to Perseverance. 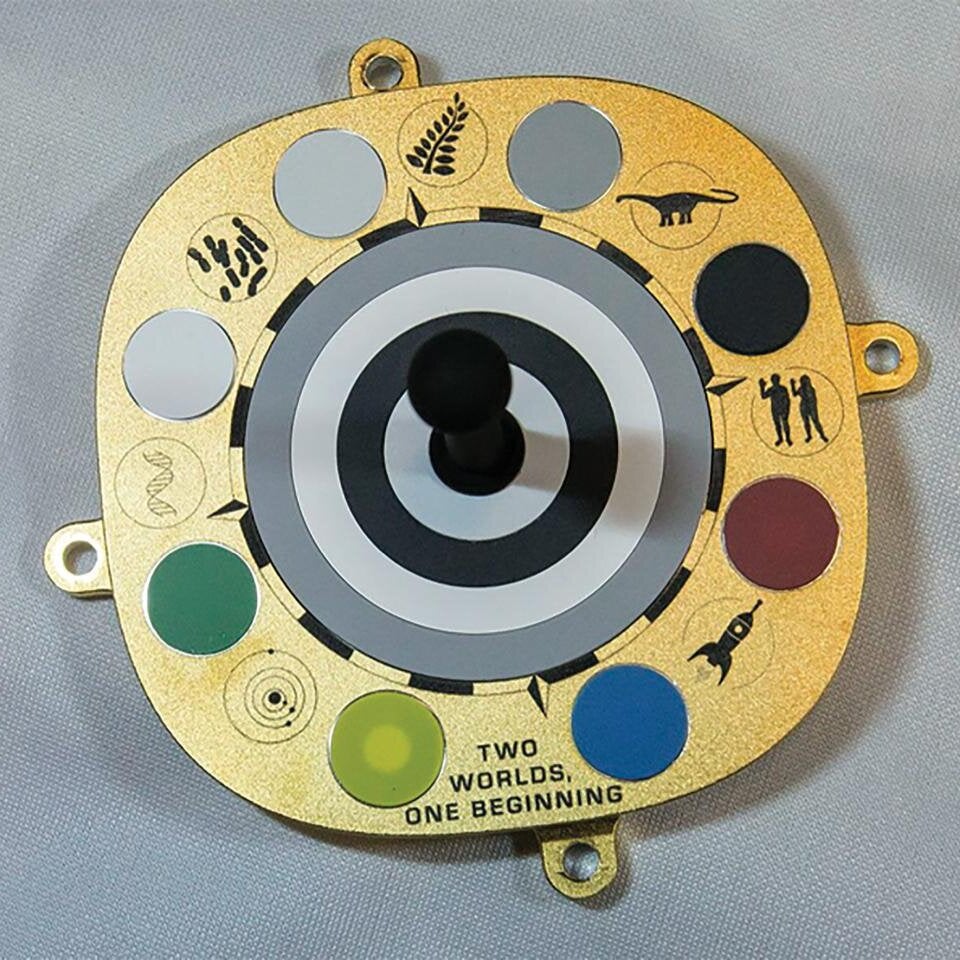 The plaque used to calibrate one of the rover's main cameras has been spotted with different colors, but it also has bizarre designs - including images of DNA, a rocket, and a dinosaur.

On the edge of this plaque is the inscription: “Are we here alone? We have come to look for signs of life and collect samples for study on Earth. We wish those who follow us a safe journey and happy discoveries. " 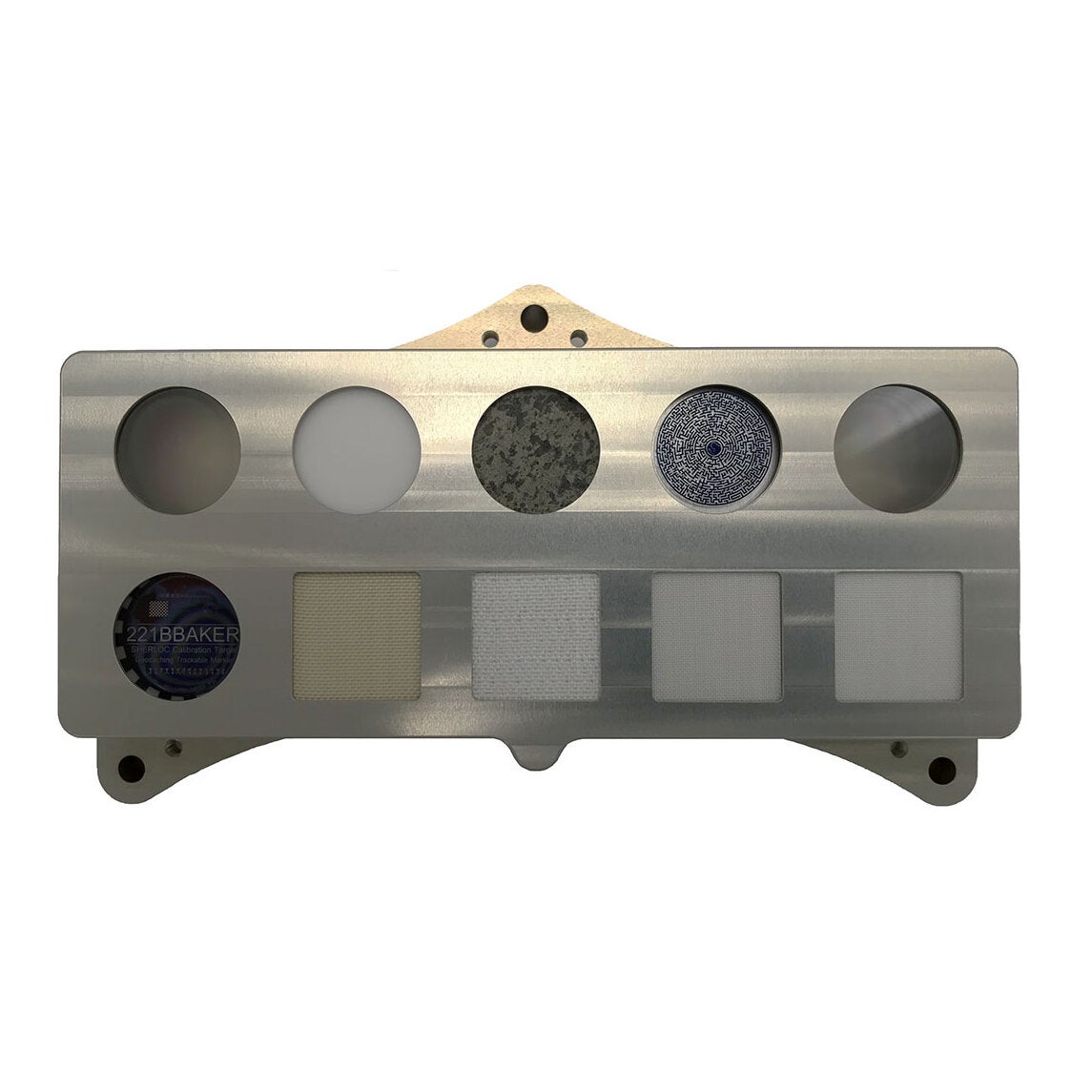 Also in the rover there is a piece of a Martian meteorite that fell to Earth and has now returned to its home planet. It will be used to calibrate SuperCam, an instrument that uses lasers and cameras to identify carbon molecules and other compounds in rocks and soil (this piece of rock also traveled to the ISS and returned to Earth before returning to Mars). 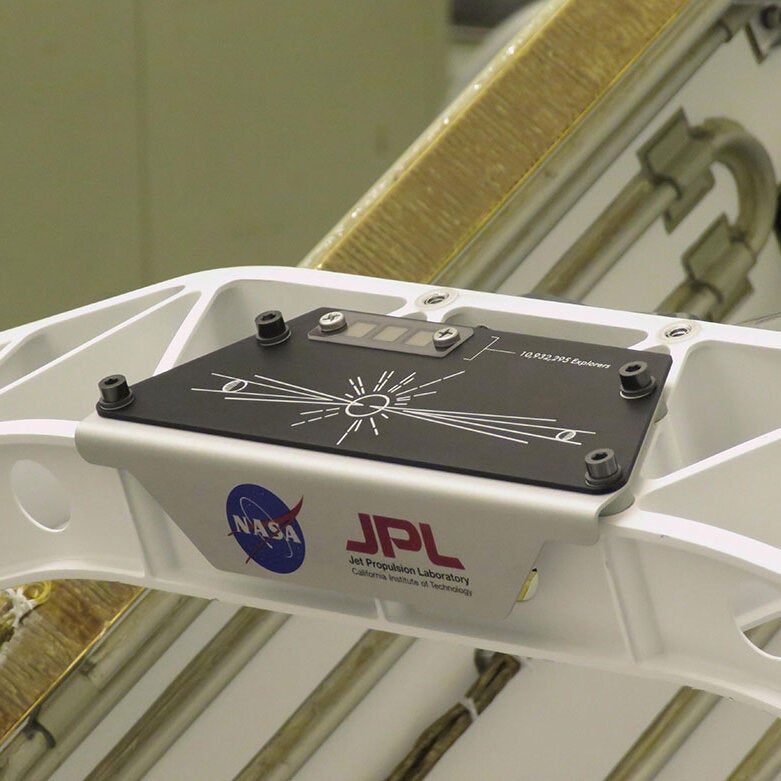 Also on Perseverance are three small plaques with the names of 10.9 million people - they reflect NASA's efforts to get the public involved in robotic missions. 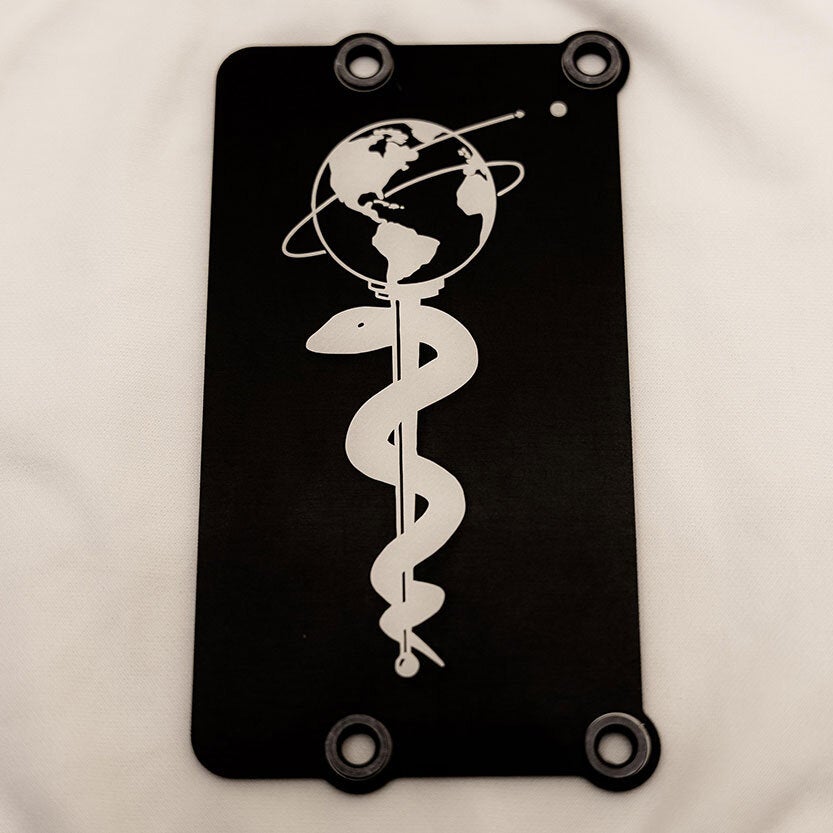 A more serious piece of the rover was an aluminum plaque in memory of the victims of the coronavirus pandemic.

The practice of adding fun or festive elements to spaceships is not new. In NASA jargon, this is called a "garland." The two Voyager spaceships currently in interstellar space have discs with images and sounds of the Earth ... Parts of two earlier rovers, Spirit and Opportunity, were made from the wreckage of the World Trade Center. The New Horizons spacecraft, which flew past Pluto in 2015, carried some of the ashes of Clyde Tombaugh, the astronomer who discovered the planet.

As for Perseverance, there are still a few more surprises to discover.

“There's something on the front of the car that we can see when we use the arm,” Wallace said. He declined to elaborate on what it was about or give any hints.