Linux release released this week ... Version 21.01 is available for both Linux and Windows. The developer's site has options for different systems, including 32-bit, 64-bit, x86, and ARM.

The Linux version received no less features and capabilities than the Windows release. The only thing: for now - you can work with 7-Zip only in the command line, there is no graphical interface. Perhaps it will be released in another couple of decades, who knows. 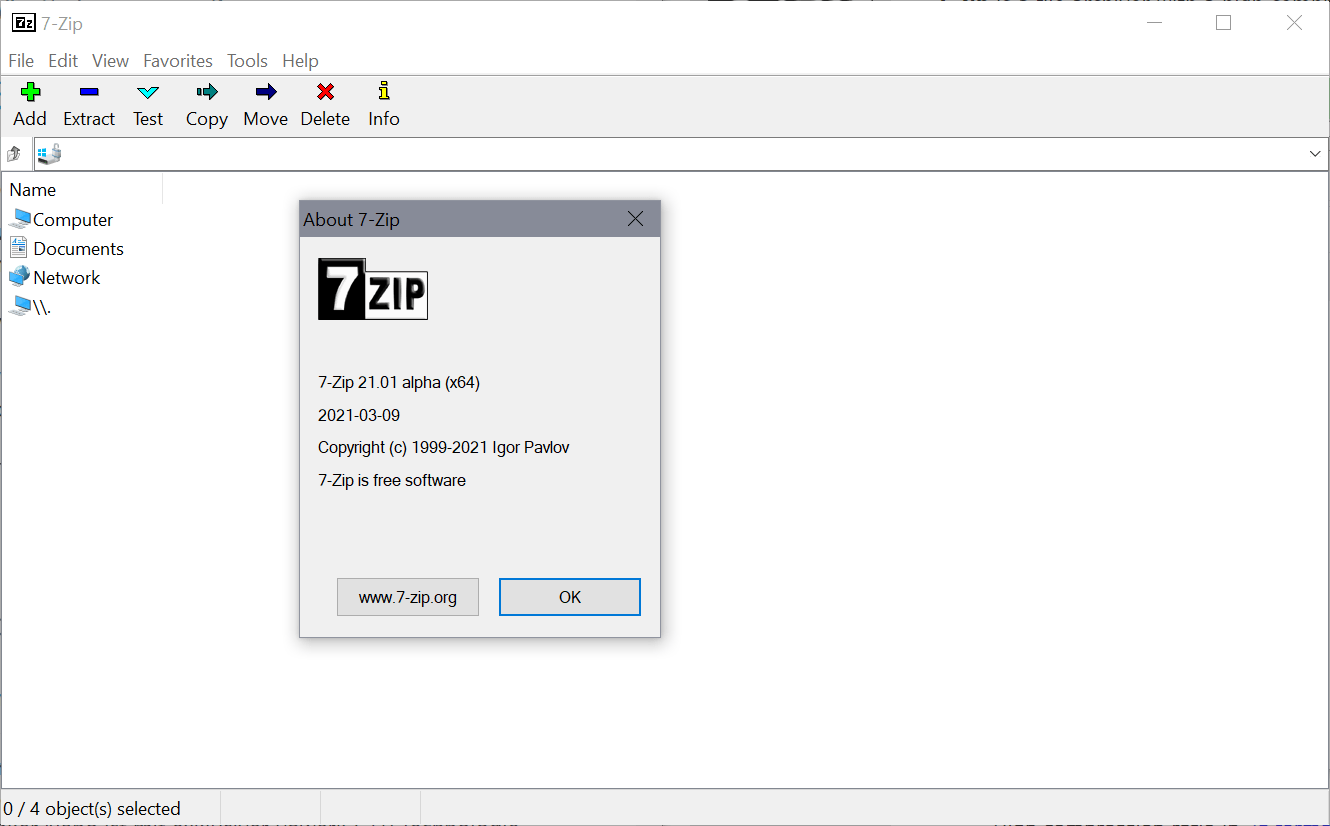 As for the new version of 7-zip for Windows, then, as always, the developer has added a number of improvements and fixes. Bugs fixed, ARM64 support improved.
Tags: 7-zip, archivers, linux
—