Papay 17 october 2017, 14:37
Add Comment
Is it true that people write a crazy code with overlapping side effects, while maintaining equanimity?

Asp.net MVC developers working with MNC’s have in-depth experience in developing MVC application. In this post, they will explain how to create a sample app with asp.net 5, which will store the data in Azure SQL. They are using Entity Framework and Scaffolding of asp.net MVC in the sample. For more information, read blog further.

In this post we will create a sample application using ASP.NET 5. That application will store the data in the Azure SQL using Entity Framework and Scaffolding of asp.net MVC to support the basic operations (CRUD).
More detail...
Tags: Asp.Net, Asp.Net MVC Developers, MVC
—


About a year ago we published in our blog a series of articles on development of Visual Studio plugins in C#. We have recently revised those materials and added new sections and now invite you to have a look at the updated version of the manual.

Creating extension packages (plug-ins) for Microsoft Visual Studio IDE appears as quite an easy task at the first sight. There exist an excellent MSDN documentation, as well as various articles, examples and a lot of other additional sources on this topic. But, at the same time, it could also appear as a difficult task when an unexpected behavior is encountered along the way. Although it can be said that such issues are quite common to any programming task, the subject of IDE plug-in development is still not thoroughly covered at this moment.
More detail...
Tags: .net, plugins, visual studio
— 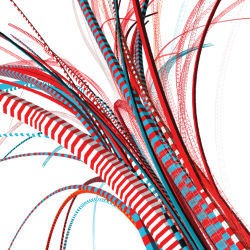 This is an approach, algorithm or pattern of the parallel processing of large volumes of unprocessed data, for example, the results of crawlers or the logs of web queries. According to statistics 80% tasks could be mapped on is mapped on MapReduce, it just drives NoSQL. There are different implementations of MapReduce. Well known and patented implementation of this algorithm and the approach of Google, for example: MySpace Qizmt - MySpace's Open Source Mapreduce Framework, is also used in Hadoop, MongoDb and there are many different examples that we can give. More details can be found in the article MapReduce: Simplified Data Processing on Large Clusters

The algorithm is composed by few steps; the first one consists to execute the Map function to each item within the source collection. The Map will return zero or may instances of Key/Value objects
More detail...
Tags: .net, mapreduce
0