Introduction
Nowadays, more and more mobile phones support NFC function. Of course, many people don’t know what NFC really is. Near-Field Communication (NFC) is a short-range wireless technology. NFC has functions of mobile payment, data transmission, information browsing and access control. It provides a simple, touch-sensitive solution to exchange information, access content and services simply and intuitively. At the same time, NFC has the characteristics of low cost, easy to use and more intuitive, which makes it more potential in certain fields. 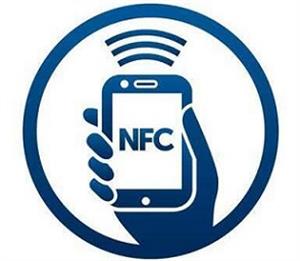 1 What is NFC On Phone?
In theory, NFC is a set of protocols for communication between two electronic devices about four inches at the most. So you device have to be very close to another NFC enabled device to transfer the data or do payment, in other words, long distance or non NFC devices will not be able to operate normally. NFC evolved from the integration of radio-frequency identification (RFID) and interconnection technology. It combines inductive card readers, inductive cards and point-to-point functions on a chip, which can identify and exchange data with compatible devices within a short distance exchange. NFC was originally a simple merger of RFID technology and network technology in the pass, and now has evolved into a short-range wireless communication technology. With the popularity of smart phones, it develops rapidly.
Like RFID, NFC information is also transmitted through electromagnetic induction coupling in the wireless frequency part of the spectrum, but there is still a big difference between the two. First of all, NFC is a wireless connection technology that provides easy, safe, and rapid communication experience. Its transmission range is smaller than that of RFID, because RFID can support several meters or even tens of meters. What’s more, due to the unique signal attenuation technology adopted by NFC, NFC has the characteristics of short distance, high bandwidth, and low energy consumption.
With NFC mobile phones, people can get the services and transactions at any place in any time. In short, through NFC-supported devices, people can complete payment or transfer data.

2 NFC Application Mode
NFC-enabled devices can be used as contactless smart cards, write/read terminals, and device-to-device data transmission paths. It has a wide range of applications, which can be divided into three basic types:
Close→Finish. For applications such as access control or traffic/event ticket checking, users only need to bring the device storing the ticket or access code close to the reader. It can also be used for simple data capture applications, such as reading URLs from smart tags on posters.
Close→Confirm. In applications such as mobile payment, the user must enter a password to confirm the transaction, or only accept the transaction.
Close→Connect. By linking two NFC-enabled devices, you can perform point-to-point network data transmission, such as downloading music, exchanging images, or synchronizing address books.
NFC devices may provide more than one function. Consumers can explore and understand the functions of the device and find out the potential functions and services of the NFC device.

3 NFC Operational Mode
NFC uses two-way recognition and connection. Its working modes include card emulation, P2P mode and reader/writer mode. Both NFC and Bluetooth are short-range communication technologies, and are integrated into mobile phones. NFC does not require complicated setup procedures, and it can also simplify Bluetooth connections. The advantage of NFC is that its setup procedure is shorter, but it cannot reach the low power compared with Bluetooth. The maximum data transfer capacity of NFC is 424 kbit/s, which is much smaller than Bluetooth V2.1 (2.1 Mbit/s). Although NFC is inferior to Bluetooth in transmission speed and distance, it does not require a power source. For mobile phones or portable electronic products, NFC is more convenient to use.
NFC is superior to infrared(IR) transmission and Bluetooth. As a consumer-oriented transaction mechanism, NFC is faster, more reliable and much simpler than IR, which requires strict alignment to transmit data. Compared with Bluetooth, NFC is not suitable for long-distance data communication and. So NFC and Bluetooth complement each other and coexist. In fact, NFC protocol can be used to improve the Bluetooth pairing process between two devices.

4 NFC Uses On Phone
As a bus and subway card. we all know that most of our bills can be paid by mobile phones, but we often face a problem, that is, forgetting to bring the card or change. Now we have an NFC-enabled mobile phone to reduce embarrassing situations. Turn on the local subway and bus functions on the mobile phone, so that we can use the mobile phone to pay. To put it simply, the NFC function can turn your mobile phone into a bus card, you can also recharge the bus card online, and you can read the card data to check the balance, etc. At present, the most widely used field of NFC is also in bus/subway card.
As a door-access card. It’s really troublesome to forget to bring the access card, but now we don’t have to worry, because the NFC function of the mobile phone can also be used directly as the access card to enter the door. We only need to click the virtual key in the mobile phone, and then place access card on the back of the mobile phone for data reading. After reading the relevant information, we can directly use the mobile phone’s NFC to act as the access card.
Read the bank card information directly. For example, we usually need to check the consumption records of our bank card. We need to download the bank’s official software to be able to check or go to the bank. If the mobile phone has the NFC function, we can get the bank card information according to the relevant operation, like the bank card’s consumption records and balances, which is very convenient for us.
Bluetooth speakers connected to NFC, there are many Bluetooth speakers on the market that are also equipped with NFC function. When we connect, we only need to use a mobile phone that supports NFC function to turn on the Bluetooth speaker, which is more than we need to set up Bluetooth before. Pairing connection is much more convenient.
File transfer, although we can use the network to transfer files now, the speed is very fast, but if the mobile phone does not have a network, the NFC function is more important, only need to use the NFC function of the two mobile phones Open and paste together, we can transfer music, pictures or files, which is still very useful. Of course, now the same brand of mobile phones also have their own fast data transmission function, and no network is required.
The above are some practical small functions that NFC can bring in mobile phones, which is still very practical for our lives. Of course, there are more other similar functions, we can stack them according to the actual situation.

Does my phone have near field communication? To check if your phone has NFC capabilities, just do the following: Go to Settings. Under “Wireless and Networks“, tap on “More“. Here, you will see an option for NFC, if your phone supports it. Of course, you can have a reference on Which Phone Have NFC? Model Lists.
Tags: Android NFC, Mobile Tech, NFC, Smart Phones
—

LoansProfit Google Get Text Loans Direct Lenders with Advantageous Features and Simple Terms
LoansProfit Google What is a Payday Loans without a Debit Card and how does it aid?
NuevaCash Services Why is it best to obtain Payday Loans Online Same Day?
Classicquid Services Is it Still Possible to Get a Short Term Loans UK Direct Lender with a Less-than-Perfect Credit Score?
PaydayQuid Services How Do I Apply for Short Term Loans Direct Lenders Today?
Bharath Programming Tips to keep you awake while studying
Sagelucy C++ Now available at a discounted cost The HyperX Cloud Flight's primary
Bharath Programming Reason for selecting the best school for your kid
Bharath Programming Which is the Best School In Bangalore?
MacMillanwu Programming You can pick two animations with regard to Upper Releases
All in live
© 2011-2022 UMumble. All Rights Reserved.