The neutron source was a californium-252, the flow multipliers were plates with uranium, and the highly enriched uranium was accumulated as the waste in the laboratory. According to the experts, it was a unique device for the U.S. industrial sector. There are about 50 such multipliers with californium in the world, and almost all of them are in Russia. Kodak the only company that had this multiplier in USA.
More detail...
Tags: californium, CFX, neutron photo, nuclear reactor, uranium
+1

Today I want to tell you how to choose the batteries for the laptop or the mobile devices.

Standard battery for the laptop is made of lithium cells, like these:

KlauS 21 april 2012, 16:39
1 Add Comment
The proton accelerator can make solar panels at half their price 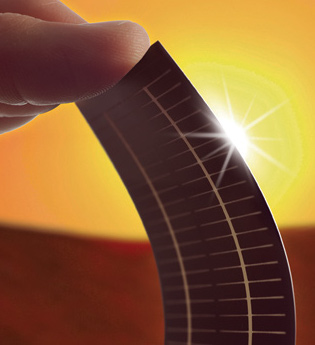 Generally, in order to manufacture a typical solar panel the silicon workpieces are cut into wafers, and their thickness is about 200 microns. However, only a thin surface layer of the wafer is used directly. In addition, a portion of the silicon goes to the waste in the process of cutting. Company Twin Creeks Technologies has developed a manufacturing system, Hyperion, which is based on an entirely different principle. Hydrogen ions are embedded into the silicon wafers at a certain depth, and then inside of the workpiece is formed a thin layer of hydrogen bubbles. Next, the workpiece is heated and a gas pressure makes a thin layer of silicon to exfoliate, whereupon the cycle is repeated again. The resulting silicon lamina has a thickness of 20 microns, which is applied to a metal base. This ultra thin wafer is easy to bend without breaking.

These solar panels that are made by Twin Creeks Technologies cost half the price of conventional panels, less than 50 cents per watt. The company's website states that this technology will allow the solar electric installations to compete with the conventional energy sources.
More detail...
Tags: solar energy, solar panels
+2

Slogan: This plant will absorb the warm air rather than generate it.

The wind is an environmentally clean and theoretically inexhaustible the energy source; unfortunately, its qualities are blocked by its low efficiency relative to other ways to generate the electricity. In order to get the quantity of energy comparable to the plant that burning the coal, it takes a few square kilometers that are filled with the windmills.
But then the Japanese research engineers used the usual approach for a country “construct up and not in breadth” from ZENA Systems.
Construction will be a 50 meter hexagonal tower in the height. The form will allow capturing the blowing wind in all directions and at different heights.
More detail...
Tags: japan, wind energy, Zena systems
0

Masyk How fast is 12th Gen Intel Core?
BumBum A biochemist’s view of life’s origin reframes cancer and aging
Skull Man arrested for promoting jury nullification wins federal case
Enyman Is Google.com Down?
Skull The Reluctant Prophet of Effective Altruism
Killer MantaRay: Open-Source Ray Tracer
ZimerMan The case against an alternative to C
xially Malcolm Gladwell opposes WFH while he works from his couch for the last 20 years
Skull The productivity tax you pay for context switching
quickes Some Epson printers are programmed to stop working after a certain amount of use
All in live
© 2011-2022 UMumble. All Rights Reserved.