Developing a taxi app specifically for taxi unions in major cities: How to approach the development process? 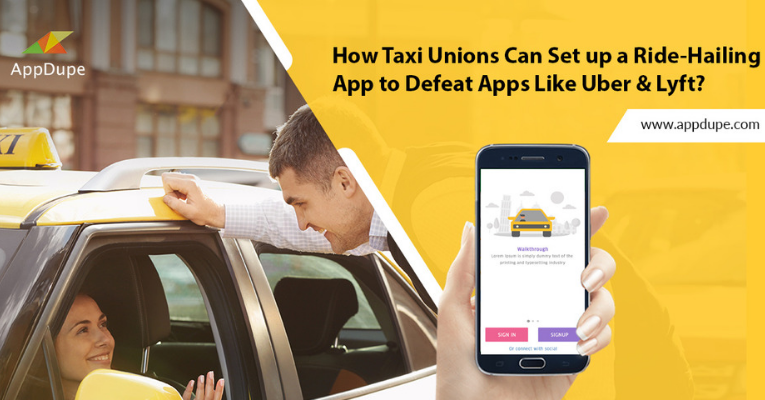 Uber was an overnight success and unexpected in the transportation industry. Even the co-founders didn’t have a clue when they launched their idea through an app. But the result of its success was pretty much acknowledged at the start and was eventually broadened in other cities within months. Not only did Uber offered on-demand service but also delighted people by its carpooling, ride sharing, and other incredible features.

While Uber was creating history on one side, there was an irreplaceable effect going among the traditional taxi businesses. The inception of such an app devastated the growth and have even made other cab businesses to shut down. Also, to suppress the growth of Uber, many filed cases and have even objected that its policies don't function as per law.

However, the usage of the Uber app was increasing among the customers, and taxi unions couldn’t find a way to defeat it. Later, they came up with an idea to create their apps to continue their service. And there arose apps like Lyft, Ola, Easycab who have even succeeded in their business by providing new features that haven’t launched by Uber.

So, this is the key to leveraging your business. Though you develop a Uber-like app, you must integrate new features that make you stand out from the crowd. But how you do it is the question here. Let us explain the essential methods that help your app to be unique among the pile.

One of the most crucial thing before starting a business is to analyze competitor strength. As you going to start a taxi business, you must know the strength and weakness of Uber as a competitor. The one thing that Uber was criticized for more was because of its surge pricing at times. But, Uber used this strategy to encourage drivers to travel distances where riders are on-demand. Some criticized, but many riders found this as an outrageous strategy and started to use the app. You can serve this service for passengers at demand but affordable or surge-free pricing. The only way to convince riders to change their choices is the cost that you offer.

Start quickly before Uber does

Though Uber expanded its service to major cities, there are localities were people still require ride-hailing assistance. So target those regions and provide the best for the people. Through this, you can surely gain new customers. Also, try taking lists about areas where Uber is absent and improve the quality of your service in countries where Uber is banned.

Payments through credit cards are secure, but some countries don’t accept payment through cards and accept only through cash. Also, on the other side, some rural people can’t afford to taxis. To those, you can provide coupons and scratch cards as a mode of payment. Also, for card users, you can offer premium packages for the number of rides they prefer to take in a month or days.

You can allow your riders to share the payment. That is if both passengers travel through the same distance, they can divide the total cost and pay.

Once you have planned these to integrate into your Uber clone app, you can directly approach your developing partner to implement these. But make sure to find the right mobile app development company, only then you will receive a scalable and seamlessly operating product.

You can try AppDupe, a clone app development company, you offer you high-end services at a meager investment. You can either buy Uber app script from them or can get in hand with their developers to create a robust business structure.
Tags: develop taxi app, Taxi App Development, taxi union app
—

elizasmith February 17, 2021, 11:24
Uber like appis most popular in the world. Most of people know the benefits of uber app but not know weakness. Thank you for sharing this informative info with us.
0

tetrisgameaz February 22, 2021, 1:35
Thanks for sharing your precious time to create this post, It so informative and the content makes the post more interesting. really appreciated.
t rex game