Madden 21 Face of the Franchise Review 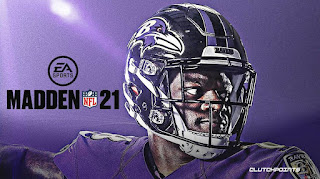 Potential
Like most NFL draft prospects, it's not about the players they are in the present, but what they can become with the right coaching and development. That's the same way I feel about Madden 21's Face of the Franchise. To have the option to create your player and work his way from a high school prospect to NFL superstar seems like a winning formula. EA must now continue to implement new and exciting ways to keep folks engaged. Allowing players the opportunity to change positions this year is a much-needed change. And the additional storylines added are excellent as well. However, I would eventually like to see each position trigger its unique storylines and objectives.

High School
Last year, users were thrown right into the action at the collegiate level. In Madden 21, EA is going back a little further in your player's development, starting with your prospect's early years in high school. Players can name their high school whatever name they 'd like, which is a double-edged sword as you might imagine. Nevertheless, being able to start your career in HS is nice. This also allows players to pad their stats on rookie difficulty.

40-Yard Dash And Press Conferences
It seemed odd that EA wouldn't find a way to add the most prestigious drill at the combine into last year's game, but we were forced to wait. Well, the wait is officially over. Now, your created player can try to break John Ross's record and show a team like the Raiders you belong in the NFL. Hopefully, we'll see a few more combine drills added in the next generation of Madden. There's also a pivotal press conference that will help NFL teams get a better feel for what type of player you are off the field. All of this is an excellent addition.

College Football
Without another NCAA game on the horizon, EA continues to keep players guessing with their use of collegiate teams in Madden 21. But what remains most frustrating is that they have failed to implement even a basic version of the NCAA here. I mean, there are already NCAA teams in the game. Why stop at just a few games at the collegiate level? Why not expand and give gamers a bit more time to make an impact at a respected university before making the jump to the NFL?

Customization
When playing Face of the Franchise, the primary objective is to create a legacy for your create-a-player. So, as you'd expect, having good options to make an accurate representation of yourself is of the utmost importance. Unfortunately, this is one area where EA falls exceptionally flat. Not only are most of these models the same ones that have been regurgitated for many installments, but most of the options fall flat and left me yearning for more. It also doesn't help that there's not a single long hair style in the game. And for someone that has long, flowing locks like Troy Polamalu, this is a letdown. Here's to hoping EA adds more layers and an inevitable face scan (one day Game Face will return) in the future .

Although there are still many shortcomings in the franchise model, EA has announced that it will make three major updates to the franchise model. The first franchise update has been launched, and the second update will be launched in January. Gamers who want to learn more about Madden 21 can click here.
Tags: Madden 21 Face of the Franchise
—