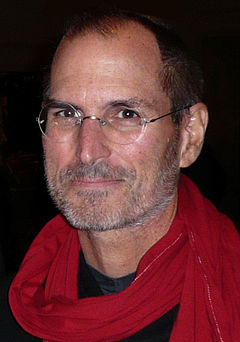 Those who want to share their compassions can e-mail their thoughts and condolences to the postal address: [email protected]. Perhaps, some of condolences will be passed to Steve’s family and relatives.
He re is a good video from CNET, which visually summarized the career of Steve.
Below are the memories of his colleagues in the IT-industry:
More detail...
Tags: apple, Steve Jobs
0

Enyman 1 TW of solar to be deployed annually by 2030
MeLavi Zstandard Worked Example
ZimerMan Plastic-Eating Enzyme Could Eliminate Billions of Tons of Landfill Waste
Masyk The bulls**t Canonical wants you to jump through before they will give
xially Manifest v3 in Firefox: Recap and Next Steps
Sparks Parmigiano Reggiano Makers Embedding Tiny Trackers in Rind to Fight Cheese Fraud
Skull Deno 1.22
xially Google's Subsea Fiber Optics
ZimerMan The future of search is boutique
Enyman Senators Urge FTC to Probe ID.me over Selfie Data
All in live
© 2011-2022 UMumble. All Rights Reserved.