How to remove "non-removable" applications from a smartphone


To increase the attractiveness of smartphones, manufacturers put as many different programs on them as possible. This is clear. Just take and delete the unnecessary ... Stop.

These smartphones are for example. The same problem with other models. Many have non-removable programs from the manufacturer itself.

All this must be cleaned up.
There are very few examples of models that do not have extra programs. For example, when the first iPhone came out, Apple firmly fixed the package of installed applications, so AT&T was unable to add its usual garbage there.

There is also an example of smartphones from Google starting with the Google Phone G1 in 2008, then the Nexus line and up to the current Pixel (Pixel 1, 2 and 3). On them, too nearly no garbage, except for too many Google applications, which are also supposedly systemic and are not completely removed. Well, and a small number of third-party non-removable applications. For example, the Nexus5 has HP Cloud Print hardwired. But more on that later.

Note: The method described below allows you to uninstall any of these applications.

However, we are talking primarily not about garbage in the default operating system, but about other situations when a third-party manufacturer like Samsung fills its smartphone with a huge bunch of non-removable programs, from its own proprietary applications to Facebook and Microsoft programs. Other manufacturers do the same.

Why are they doing that? Well, obviously because of the money. Under partnership agreements, it costs only money to install partner programs. And install the same programs in the form unremovable - already completely different money. This is just a guess.

It's just amazing though. We pay hundreds of dollars for a Samsung phone! And they also want to snatch a couple of bucks on partnership agreements! 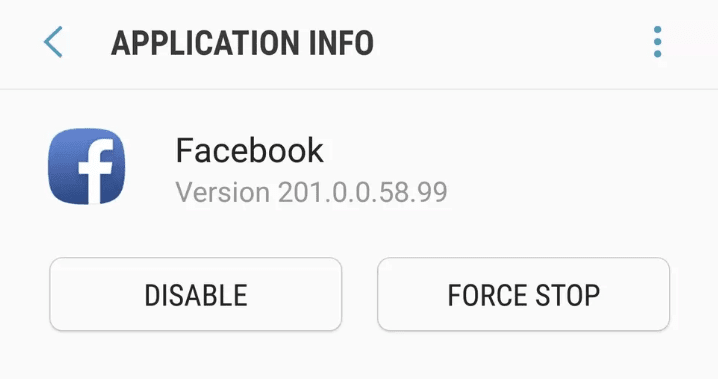 There is no option to uninstall the application

Facebook has always stated that "disabling" an application is the same as deleting it. Although it (the application) then takes up a little space in memory, it should not show any activity or collect data. But lately, people have lost their trust in Facebook so much that they don't even believe that. Like, why is it not completely removed from the system?

Facebook and Microsoft have been making agreements with phone makers and carriers around the world for years. Financial terms were not disclosed. Facebook also refuses to say what specific partners it has deals with for non-removable apps.

However, they are "non-removable" only theoretically. In practice it is enough to open ADB (Android Debug Bridge) and run a couple of commands.

The phone must have USB debugging enabled and the USB device driver must be installed on the computer.

You can download ADB for different operating systems using the following links:

We extract the contents of the zip archive to any convenient place, and already there we launch the console window.

To remove a specific package, run the following command:

For the "non-removable" programs mentioned at the beginning of the article, it looks like this:

By the way, it's really better to remove Facebook apps because they collect and send to the company a huge amount of personal data about all aspects of your business. To get an idea of the amount of data collected, take a look at this chart. It compares what data different messengers collect about you: Signal, iMessage, WhatsApp and Facebook Messenger. 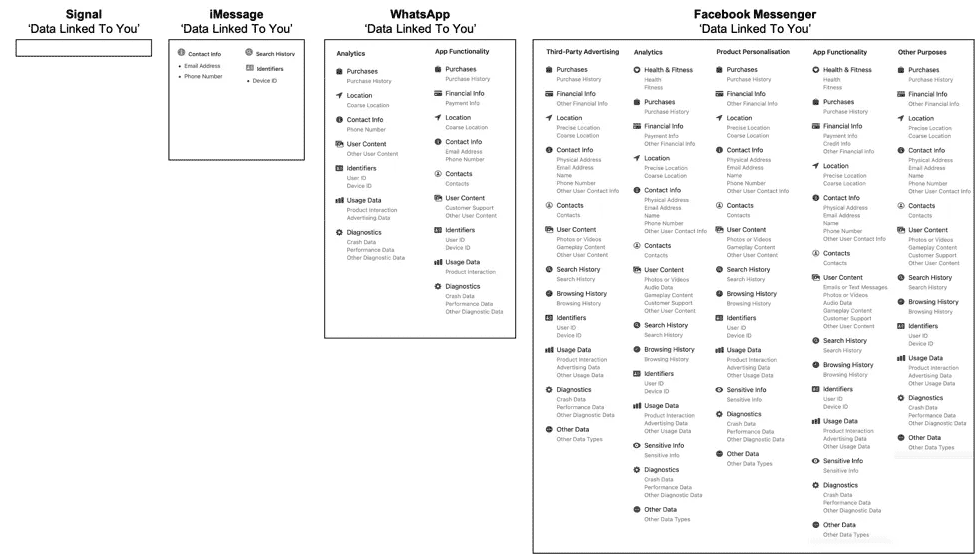 Facebook Messenger literally sucks everything it can. Signal, on the other hand, is much more respectful of users. This is understandable: this is a privacy-focused crypto messenger.

It is clear why Android cannot remove system applications using standard tools. But the list of "system" applications is also ambiguous. For example, the listed packages can hardly be called system packages. But it is also impossible to remove them using standard means, just disable (disable):

However, the above method allows you to completely remove them too.

Moreover, the method is generally suitable for any system component.

pm uninstall -k –user 0 net.oneplus.launcher
... and we get rid of the built-in launcher forever.

Note with xda-developers forum ... As for system applications, they will appear again after a factory reset. This means that they are still not really deleted from the device, but are simply deleted for the current user (user 0). That is why the adb command does not work without 'user 0', and this part of the command just specifies to delete only for the current user, but the cache / data of the system application will still remain in the system. And that's a good thing, because even after removing the system app, the phone can still receive official OTA updates.