Everyone has a history. A person changes over time, changes appearance, character, remained unchanged only the name. This year, Adobe celebrates its 25th anniversary. A quarter of century is a considerable age even for a man, and for a company that deals with the computer technologies is simply a great age, few companies can boast about such history.

Vanrok Marwa drew this version; she is the wife of Vanrok John, who is the founder of Adobe.

The second version was adapted for a small size of printing by the employee of Adobe Luann Seymour Cohen. It was used from 1990 to 1992.

The third and final version of the logo was designed in 1992 and still it is used today. 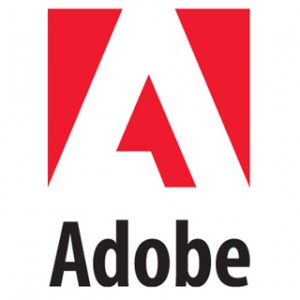 Let us see how Photoshop has been changed:

When we run Photoshop we see a unique boot screen for each version. Here is how they looked like, let us start from the first up to CS5 version.

The first version. It is noteworthy that the monitors were black and white then, consequently, Photoshop also was not colorful. 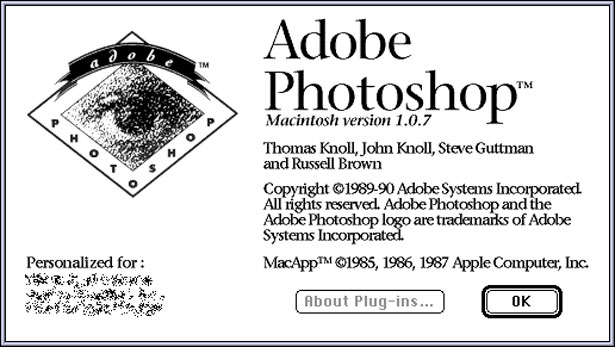 The second version. This version was only for Macs. 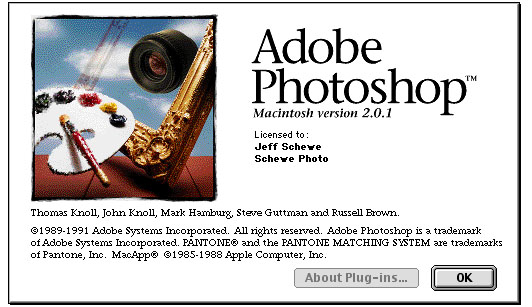 Version 3.0. Let us pay attention to the creators, there are only ten. Think of what a huge list is right now. The layers were added to this version. 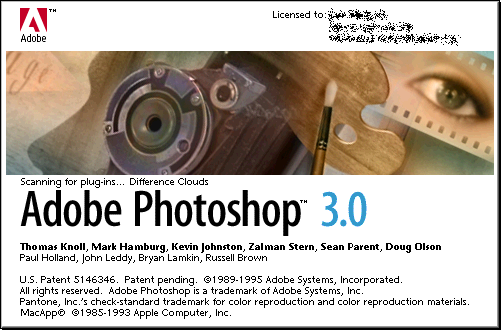 The fourth version is notable, because there is no word about Wikipedia. 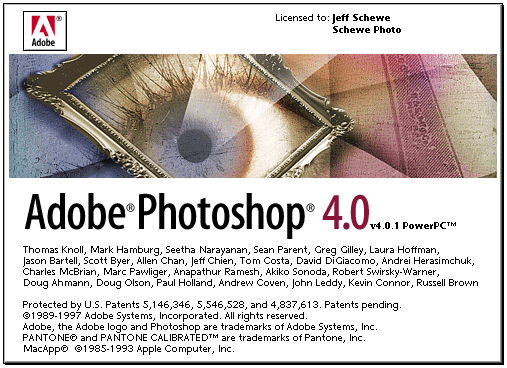 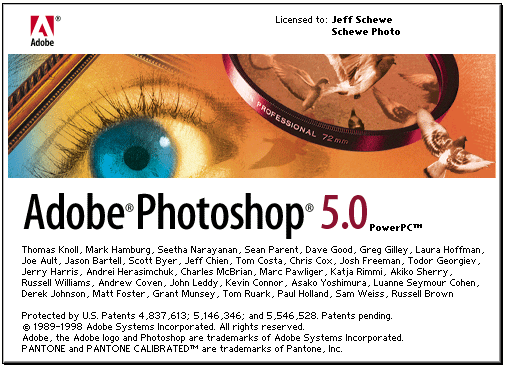 The sixth version is notable for the appearance of original antique, which composed the title. 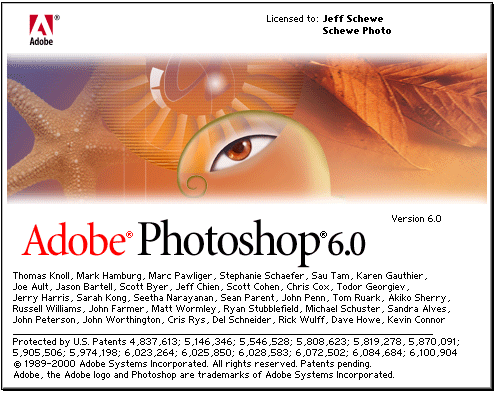 The seventh version. The main thing is that this is the first version that I remember, because here I did my first steps. 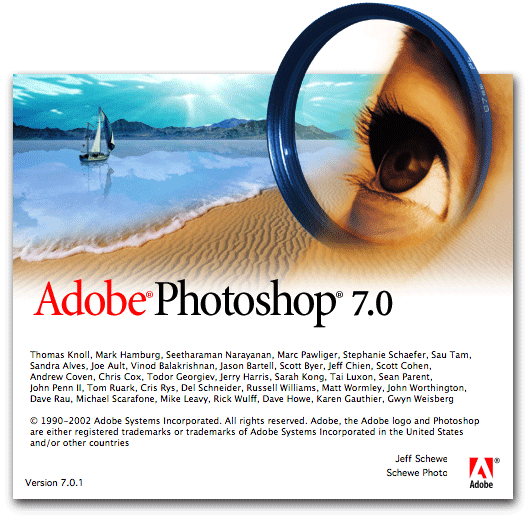 Photoshop 8 or CS. Adobe is part of Creative Suite. In place of eyelet came feathers. 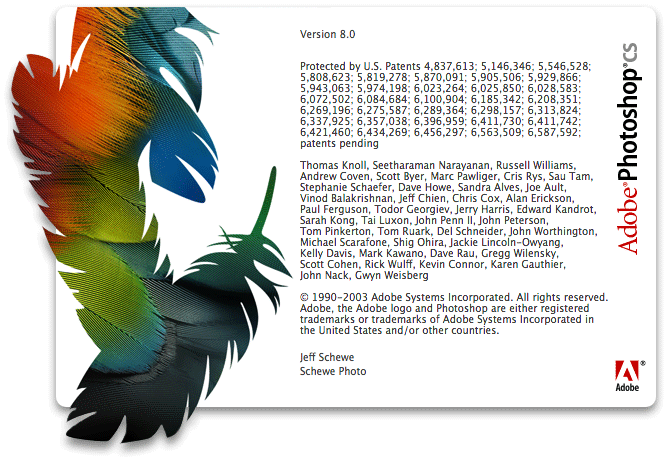 CS2. Version is notable, because it is the last version of the package, where was added something useful. All other versions are the interface improvements and questionable functionality for work in 3d. 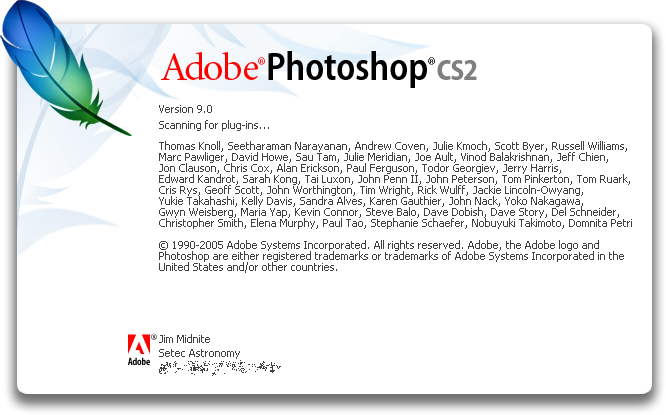 CS3. They completely changed the icons and appearance of loading screens. They did not use the font. Lebedev said, it was only right step in the new Photoshop. It was done for better identification of the Adobe products. 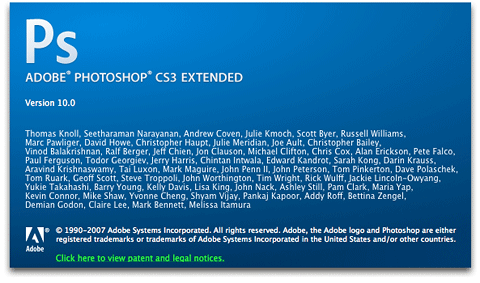 CS4. They slightly corrected the interface, added a couple of features and here is the new Photoshop CS4. 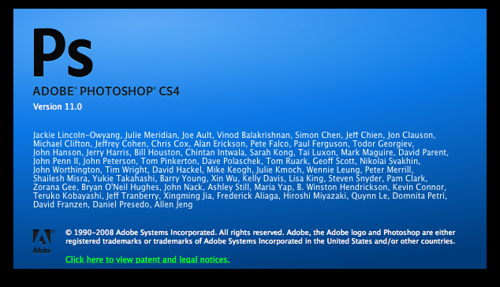 CS5. They slightly corrected the interface, added a couple of features and here is the new Photoshop CS5. 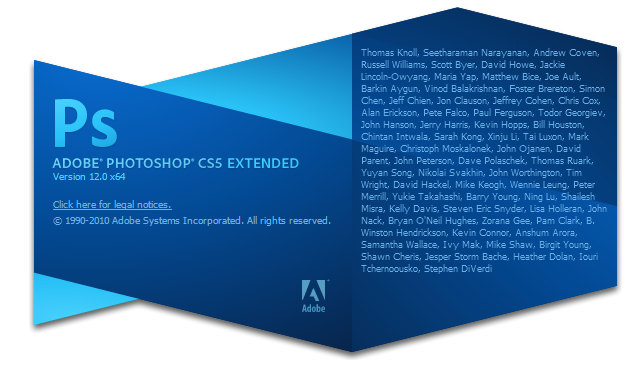 Unfortunately, I could not find the icons before the seventh version. But about their appearance we can conclude based on the loading screens, which are presented above. It is interesting to watch the development of CS3, CS4, and CS5. If all versions can be arranged in chronological order, I would have difficulties with the three versions. 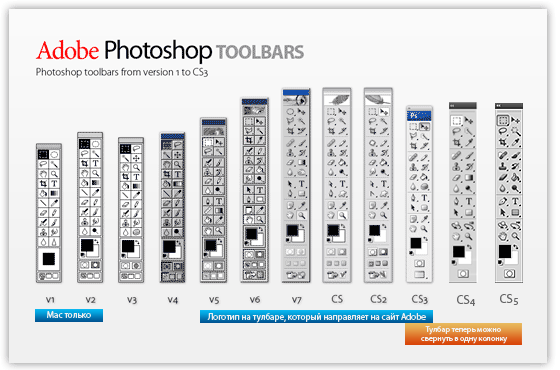