Once I have watched a movie about the computer hackers who have received an access to control the power system, water system and the road navigation of some city (or country). As far as I remember, the attackers nearly destroyed the control system of the entire country, because they had all the controls. The movie was shown at the beginning of 2000, so all that was interpreted as a science fiction. But the ideas that were shown in the movie gradually begin to be embodied by the real criminals. Thus, recently it became known that the unknown people managed to take control of U.S. public water system by remotely accessing one of the water treatment facilities and controlled the equipment. 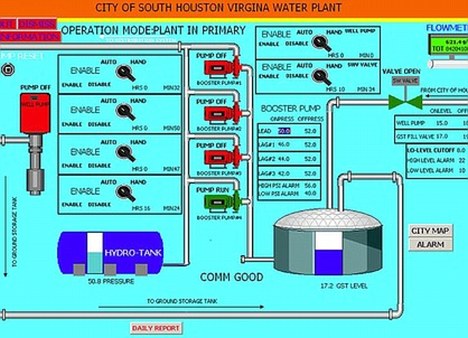 Now Applied Control Solutions Company is investigating the incident. The head of the company, said that this is arguably the first case where we have had a hack of critical infrastructure from outside the United States that caused damage. Most likely, experts say, the attackers somehow could put Trojan virus in the control system of a facility (SCADA), and then they controlled it. There is an interesting fact that the "exposed" addresses, which were used for the attack tracked back to the Russian IP segment. At the same time, the experts believe that all this could be fabricated, namely the addresses may be fictitious.

According to representatives of the Applied Control Solutions company, the water treatment facility was attacked on November 10th, and the hackers operated the equipment for two days. A few days later, this fact was discovered, and they began investigating the incident. It is believed that the hackers were able to control virtually any equipment of the facility. This control has destroyed a pump used to supply water to the facility. In addition, other equipment was damaged too, though not so much.

After all, the important fact is not that the hackers were able to control a particular water treatment facility, but the fact that it is indeed possible to do this anywhere. Also, there is a possibility that the hackers simply have practiced their skills on one of the facilities. I think, it would be useless to talk about the consequences of control seizure over the water treatment facilities of a big city. We understand well what may happen.

By the way, in 2000 some employee took offence at the management of water treatment facility, using stolen software and the remote control system was able to get control of the entire water system of the facility. As a result, millions of sewage liters were dumped into the river and carried away to the sea. There were killed marine and freshwater ecosystems, and until now there are still significant problems in the region (Queensland, Australia).