Angela 12 may 2020, 7:24
Add Comment
Development Why Setting Up a Multi-vendor E-commerce Marketplace is a Good Idea? 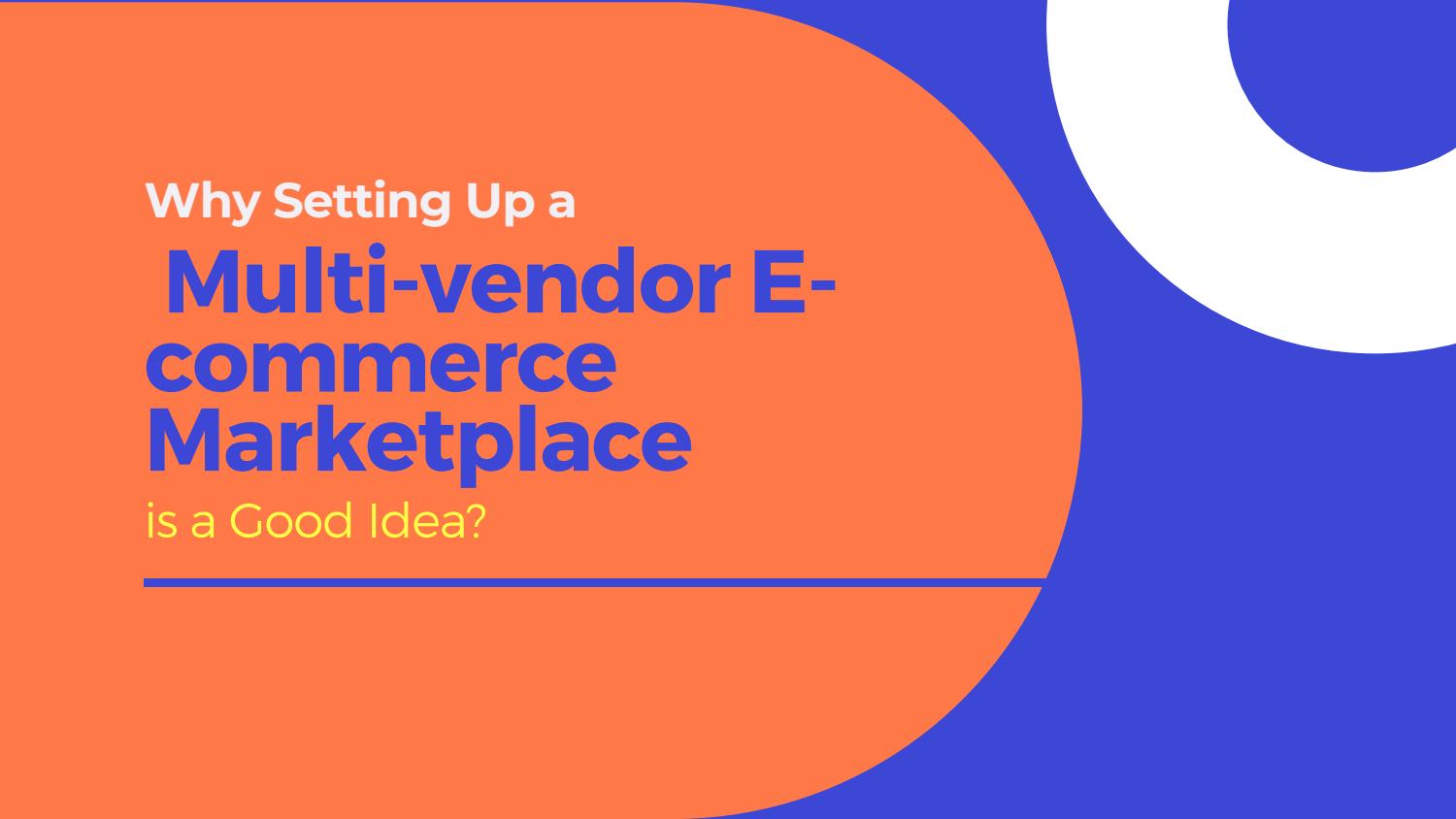 Often, the e-commerce marketplace is associated with disruption as it changed the way the various industries operated until now. It has helped businesses reach their end customers with ease, delivering several products at affordable costs, and offering better customer service. It enabled them to grow and flourish in the current business world.

You can also set foot into it by developing your own e-commerce platform. Read on to know the significance of the multi-vendor e-commerce marketplace.

You do not have to manage or invest in inventory. As an owner of a multi-vendor e-commerce platform, you will earn transaction commissions without directly involved in the business operations. Hence, you can invest your time and money for the promotion and development of your business.

You will never become short of vendors. Many small vendors could not afford to set up their own online store. In such cases, they will automatically be interested in selling through your platform.

As your platform has a wide range of products, it will attract new buyers. This, in turn, attracts more vendors. Thus, your business will never cease to expand in its business operations.

As many vendors register on your site, they will start adding your e-commerce platform to their listings. It brings in more customers to your marketplace, increasing your ROI as they start buying from your platform.


The write-up would have given you enough reasons to launch your own e-commerce business. If you are worried about how to go about the development of the online platform, we have got your back.

Several app development companies are available in the market that helps you build the platform in a short period. They have readily available multi-vendor e-commerce scripts that are customizable as per your business needs. Also, these ready-made solutions encompass all basic and advanced features needed for the seamless functioning of your online marketplace. Go for the best developers in town and take the e-commerce industry by storm.
Tags: business, eCommerce, marketplace software, multivendor, software
—

Blockchain technology has been growing a fast rate since it has emerged, it has made its way to almost every sector from e-education to music and film industry and the demand is just increasing daily almost every other software development company in Los Angeles are working on blockchain software and app development projects.

Development of decentralized applications, or dApps, is evolving on a greater level and blockchain has become a critical tool that several companies have adopted and many are planning to.

Keeping that in view, there are few factors that will be making their place in blockchain app development.

Blockchain and Artificial Intelligence (AI)
Since the use of AI and blockchain is at its peak in their own specific paths, integrating both of them can lead to many successful projects too, making it a golden combination. AI needs access to huge databases to function which has never been this accessible and has been very costly. Blockchain has the solution that AI needs, when integrated with AI it can make boast the performance of AI to a great extent.

AI models also depend on authentic data which can also be provided and promised by the usage of blockchain, since the data in the blockchain cannot be changed and decreases the risk factor.

Blockchain and the Internet of Things (IoT)
the Internet of Things (IoT) is the creation of a network that connects people, places, and products, data is transferred from one entity to another. Transactions are made, events are created meaning there’s sharing of a huge amount of data among several users. Many firms are working with this and many of them have the issue of security and authenticity of the data they work on, blockchain with its algorithms that are specifically created to protect sensitive information help alleviate the security and scalability concerns associated with IoT.

Decentralized data
Blockchains app is gaining popularity for several reasons but their major advantages over other apps are the privacy, transparency, integrity and the feature of public verification they provide.
With the increase in competition, the threats that businesses face have increased too and everyone is looking for safe escapes. Blockchain provides business not only safety but also integrity and authenticity. With features like these, the usage of blockchain is expected to rise to another level in the near future.

New improvements in blockchain
Ethereum has its flaws, so now more options like Hyperledger and NEO are available. They provide their own new features that were missing in Ethereum just like: NEO introduced dBFT (decentralized Byzantium Fault Tolerant) which enables fast transactions and supports more languages than Ethereum. Where Hyperledger allows scalability and customization: it allows developers to create apps with private blockchains and permissioned blockchains.
These are just the top of the iceberg; more new improvements are expected along the way.

New opportunities
Blockchain has been making its way from one field to another, which has not just increased its value in the development but it has made blockchain known worldwide. where Europe and North America are already the hubs of blockchain but now the services are spreading towards Asia, Middle East, etc. This not only increases the demand for it but also opens great opportunities for the developers.

Blockchain is an emerging technology and its future is right, there are several levels of success it still has to touch and the market is unpredictable which tells us that the trends can change at any time but what we know for sure is, trends will be changing for the better since the downfall is nowhere to be seen.
Tags: design, developers, software
—

Food delivery apps benefit a lot of people together. In addition to customers, these apps are great for business of the restaurants. One can say that, it is through these apps that restaurants get to a wide range of customers, which otherwise would have been impossible. Maybe, it becomes tough for restaurants to attract customers in the usual way.

Now that we know that customers and restaurant owners are sure-shot winners of food delivery apps, there’s another group of people who greatly benefit. They are none other than, delivery guys. These apps deserves credit for providing employment opportunities to a huge number of people.