Its really great news to hear that the fourth and final release of 2019 i.e; Kali 2019.4, is available in the market to download immediately. Kali 2019.4 includes many of the exiting features and new updates, let us discuss those updates.
• It contains a new default desktop environment.
• It consists of the New GTK3 theme.
• It also introduced a new feature named “Kali Undercover” mode.
• A new home for Kali Documentation and is Git powered now.
• It also has a feature of public packaging which means getting our tools into Kali.
• The next feature is Kali NetHunter Kex which means that Full Kali Desktop on Android.
• It also has a feature of BTRFS during setup.
• It also has the feature of Added PowerShell.
• Its kernel is upgraded to version 5.3.9.
• It also has the feature of normal bugs fixes and updates.
Now, let us discuss some of the features in detail.

As we all know that the environment changes day by day, so they thought they would take a side step and do something for fun to all people. A person named Robert, who leads the penetration testing team of development of Kali, he is suggested about the Kali theme that looks like Windows as a casual view, they have created the Kali Undercover theme.
Let us assume that we are work in a public place, hacking away, and we might not want the distinctive Kali Dragon for everyone to see and wonder what if it is we who are doing. So, they made a little script that will change our Kali theme to look like a default Windows installation. That's the way by which we can work a bit more incognito. If after we are done and in a more private place, run that script again and we will switch back to our Kali theme. It's like a magic for us.

In Kali one of the new feature included is documenting how you can make a new package. One of the most common problems is bug reports is requests for us to add some of the new tools or update existing ones. After some time, the tool developers recognized themselves that having their tool in the Kali repo is the easiest distribution channel for the purpose of security assessment tools is there. It is always been difficult that the volume of this to keep up with, and we have to make some hard decisions on where to commit our limited resources. Now, with this work-flow in place and documented, we do not have to wait on them. The simple thing is that to Go ahead and package up our tool and submit it off to them for approval. This is like an awesome way to get involved with improving Kali.

Another significant new feature or a new addition to the documentation is the use of BTRFS as our root file system. This is an amazing approach documented by Re4son, that when done gives us the ability to do file system rollbacks after upgrades or updates. Let us assume that we are in a VM and about to try something that is new, then we will often take a snapshot in case if things go wrong then we can easily go back to a known-good state. However, when we run Kali bare metal that is not so easy. So the option is that we have to end up being extra careful, or if things go wrong then we have a lot of manual clean up to do. With BTRFS, we have this same snapshot capability on a bare metal install. As we know that this is new, it is not integrated into our installer yet. Once we get some feedback on how it is working for everyone, the next step is to streamline this and make it an easier option in our installer. So if we try it out, be sure to let them know how it works for us.

On move to some other features, in case if we missed it PowerShell is now in Kali. This has been really great to bring the ability to execute PowerShell scripts directly on Kali.
If you want to learn more about kali/hacking and how to do hacking then do follow to our blog:- Hacking Blogs
Tags: cybersecurity, hacking, hacking tutorials, kali, linux
—

The story of the GNU project started in September 1983. The founder of GNU project, Richard M. Stallman worked at that time in the Artificial Intelligence Laboratory at Massachusetts Institute of Technology, Cambridge, Massachusetts. Stallman is considered as one of the most leading programmers of these days.
More detail...
Tags: gnu, gpl, history, linux, minix
—

Today we are happy to present you Ajenti 0.6.0 is in our studio. 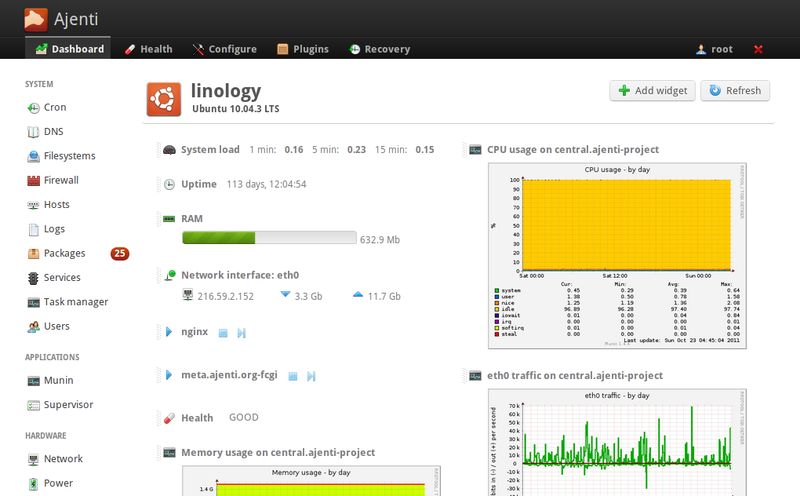 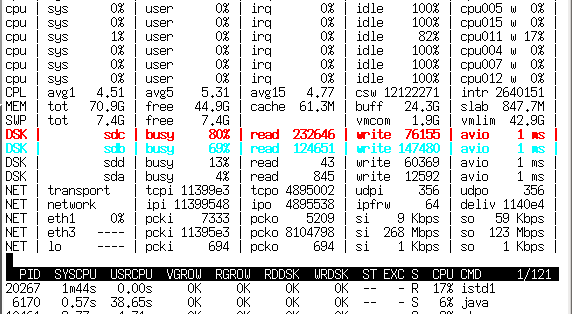 In contrast to the top, it knows about the existence of block devices and network interfaces, as well it is capable to show their loading as a percentage (at 10G, however, a percentage does not work, but at least it shows the number of megabytes).
More detail...
Tags: linux, monitoring, top
—