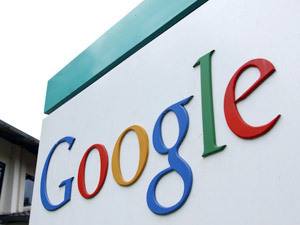 Words of Vivec Gundotra, Senior Vice-President of Social Business for Google caused mixed responses in the blogosphere that the social networking service Google+ will allow using aliases, and in the next few months there will be functional with the support of other types of identity.

The Electronic Frontier Foundation has published the winning press release that common sense has prevailed and usual anonymity again legalized for the Internet.

However, the more skeptical users doubt the good intentions of Google. They rightly point out at the apparent halfway solution of Google. If Google simply would allow using aliases, then it does not need to improve anything, but it would be enough to announce that the company stops to delete aliases accounts. There cannot be other options.

Why does the company need several months to develop an incomprehensible functional? This can only mean one thing: the company is developing some new rules for the use of aliases. What will they be? It is unknown, but it is unlikely that these new rules will please the supporters of anonymity on the Internet.

"The term of several months indicates the development of a more complex solution, so you can be sure that Google is going to screw it up writes Jamie Zawinski (jwz) who is a well-known developer from the open source. In my opinion, they still will require indicating the real name when registering, but they graciously allowed using one or two nicknames”.

According to Zawinski, the user’s identification is necessary in order to sell users to the advertisers.
Tags: anonymity, Google+, identity, social networks
—

v1d0q Google removes over 5M reviews from Play Store to improve TikTok rating
Skull The US Army's earth-shaking, off-road land trains
ZimerMan Hardware fix for Dell “AC power adapter could not be determined”
quickes I bought netflix.soy
v1d0q I wrote Task Manager and I just remembered something
kleop A day using money in Cuba
Sparks Work from home is dead, long live work from anywhere
BumBum Bahamas Company Registry Leaked
Killer Why is Idris 2 so much faster than Idris 1?
quickes Duff's Device
All in live
© 2011-2020 UMumble. All Rights Reserved.