The Effect of Social Media on the Mental Health Of Its Users! 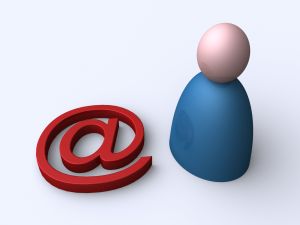 However, a prime example of social media is that it can be used as a two-way communication tool which allows a person to communicate. There are several social media websites that allow you to have a two way communication not only with the site, but with other visitors as well. These sites will allow you to communicate about a variety of topics. Facebook is a perfect example of social media. There are millions of people that use Facebook on a daily basis to interact with family, friends and colleagues. Many people are also using Social Media to find out about purchasing items such as a new car or modular homes. Social media can be a very effective communication tool. Yet at the same time it can be highly addictive. There can be some damaging effects to a prolong use of social media.

What are some examples of the effect of social media on the mental health of its users? An extensive use of social media can cause some damaging effects such as perception disorders that could be related to a "brain washing" technique used by social media. This can lead to Schizophrenia which is a mental disorder that is characterized by a person not being able to perceive what reality is. In other words, a person can become paranoid and lose their ability to speak and think accurately. Perception disorders are directly related to mental disorders. One way that social media is able to cause this disorder is by allowing individuals to use various channels that will help them to be something that they are not. An example of this is online dating sites. Many individuals can pretend to be someone they are not by posting profiles that states that they are thinner than they are or have some sort of college degree that they do not have. Many users of online dating can pretend to be something they are not.

Another way that social media can affect a user's mental health is that they can become addicted to the use of social media. Some users are getting less and less sleep because they are using social media from the time that they awake in the morning until late hours at night which can create some health issues. I believe that it is important for all users of social media to think about how addictive that this can be and to ask themselves how social media is affecting their lives.

Kathleen Hubert is a blogger who writes on a variety of different sites. Check out her profile at facebook.
Tags: mental health, social media
—