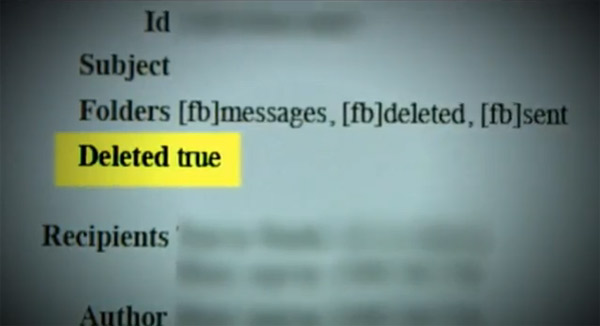 Every citizen may demand from Facebook within 40 days of all collected personal information on him/her. The website has a special form for such request. You will receive a CD with the PDF file in the size of several hundred megabytes and more than 1,000 pages. Max Schrems got a PDF file of more than 1,200 pages, all information has been divided into 57 categories in the file (work, education, friends, political views, hobbies, pictures, etc.). As Max says, even the KGB did not have such a complete dossier on the citizens.

The most surprising that among other things were deleted messages, chat sessions, names of former friends and other data that were marked as deleted:true in sent file.

Facebook did not send all available information. In particular, the CD does not have the data on the users that visited pages in the Internet with “Like” buttons. It is known that the Facebook cookies send information on the visited pages you, even if the user did not press this button. In response to another request Max received a letter with strange contents.

We refer to our previous correspondence and in particular your subject access request dated July 11, 2011 (the
Request).

To date, we have disclosed all personal data to which you are entitled pursuant to Section 4 of the Irish Data
Protection Acts 1988 and 2003 (the Acts).

Please be aware that we have complied with your subject access request, and that we are not required to
comply with any future similar requests, unless, in our opinion, a reasonable period of time has elapsed.


Max Schrems has opened a website Europe versus Facebook, as well as a video Youtube channel in order to understand the strange behavior of Facebook.
The student opened the demonstrative activity on the Internet. For example, his topic with instructions how to get a CD from Facebook hit the top ten for the day on a popular forum Reddit.

In total, Max Schrems has sent 22 complaints to Facebook separately for each item of questionable functionality of the website, which may violate European Law.

Now around Facebook unfolds noticeable activity in Europe. More and more people order the CDs with their personal information, and then share their experience on the forums. The problem already is being discussed in the media. It's funny that all this was possible only for the reason that Facebook was opened the headquarters of Facebook Ireland Ltd, Dublin (Ireland) in 2009, probably to avoid the taxes. Now, as the company officially registered in Europe, it falls under the European legislation on Data Protection, which is much tougher than in the United States.

The Irish Committee on Data Protection has started an investigation about the "fictitious" deleting data on Facebook that is an indisputable violation of the law. According to unofficial information in the Irish office of Facebook will be audit (search) the following week, which will last four to five days.
Tags: Facebook, personal data protection, privacy
—