The technological progress is moving from the futuristic androids to more practical developments.

Petman is an anthropomorphic robot for testing chemical protection clothing that are being used by the U.S. Army. In contrast to the previous suit testers, which had a limited set of motions and had to be supported mechanically, Petman will balance itself and move freely; walking, crawling and doing a variety of suit-stressing calisthenics during exposure to chemical warfare agents. Petman will also simulate human physiology within the protective suit by controlling temperature, humidity and sweating when necessary, all to provide realistic test conditions.

The robot will have the shape and size of a standard human, making it the first anthropomorphic robot that moves dynamically like a real person. 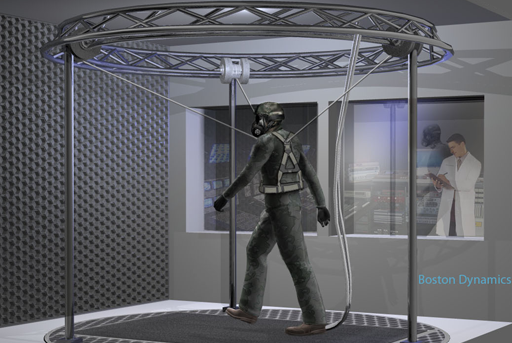