Why do IT-companies collapse? 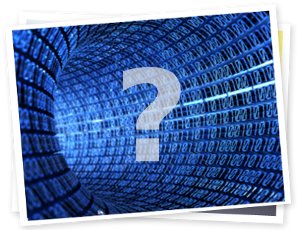 IT-companies are highly flexible and able to adapt to the changing market conditions quickly, the recent global crisis clearly has demonstrated that ability. In the conditions, which turned around as cause for a significant drop for the companies in other sectors of the economy, IT-companies were able to survive and even show some growth. This is despite the fact that budgets for IT-companies and many market participants were substantially revised in time of crisis. An important factor that provides the ability not only to survive, but to grow is the central position of specialist in the production structure of IT-company. The main costs and the resulting profits are dependent from the people that directly are involved in the process of creating a product, and not from the technical equipment of company. So, for example, the software developing company is able to build its capacity, involving in the development of a greater number of specialists, and increasing their professional level, while for other companies in other sectors the growth will be associated with the development of material and technical resources. IT-companies are able more effectively to realize their potential in the promising new fields without the significant increase of costs in the changing market conditions.

What can fracture this flexible structure and cause the destruction of IT-company? It is worth noting that in this context under the destruction we should understand a certain negative growth that leads to a natural outcome, and not just direct elimination of the company's business. Let us see what the main peculiarity of such companies is. IT-company consists of the managers and the professionals that directly produce a product or service, the different programmers, architects, testers, network engineers, administrators and other people that affect the company's business.

IT-specialist - the man open for the new knowledge that is in the continuous process of self-study, it is required by the specific of a rapidly changing world, where man lives and works. What was timely and modern for a yesterday's student at the time of entering in the university after graduating, unlikely will be topical in the mainstream, so it is necessary to keep learning. In any successful team is a guru - a man, a leader whose experience is unquestioned, which leads colleagues ahead and sets the level for less-skilled colleagues. This person is not necessarily a supervisor in the office; the team is self-organized and implicitly will single out such person. A person will be distinguished by his experience, leadership, authority and knowledge, which is useful for a company. Over time, this person's knowledge only will increase in a company. As noted above, people that are engaged in IT are able to learn and they do this all the time. Any project that they work on, simultaneously serves as the field for use of existing knowledge, it becomes the training ground and a source of new knowledge and skills. At some point, solving of the task becomes a game for them: greater satisfaction is not brought by a salary, but by working solution, the fraction that is put in the overall participation of the final product, added even at the cost of limitation of certain personal needs. In this case, the employee receives moral satisfaction, appreciation of colleagues and leaders, self-confidence, authority, and if employee gets a good pay for it, so this is awesome! This person feels as a part of team and does not feel the breath of supervisor behind. This will be the strongest motivation for further work and will provide an opportunity to earn “200 million dollars.”Everybody is happy.

The only motivation is not enough: if you have an idiot and you motivated him, you will get a motivated idiot in the result.
Jim Rohn.

However, it is not always the case that such guru is in a team. A competent manager should predict this situation and begin the search for a man that is capable to take the place of leader or motivate the team to work in the current conditions. However, it is important to make a right decision. It may happen so that the team is not able to work effectively in the current staff, and the motivation of the staff could have the opposite effect. For example, you may find that someone is not a quite professional and competent person decides to take a leading position tempted by the proposed bonuses. It could cause disagreement between others, because such person is not competent to take the leading place. This situation can occur in any staff team, but it is dangerous for the small IT-companies, as well as its intellectual resources will become worthless and will not be able to achieve their business goal.

Let us get back to our guru. IT-company successfully works in the market and employees are happy, the business owners tirelessly calculate the resulting profit. But there is one problem, the leader of the team, the guru reaches a "ceiling" and gradually loses interest in the project after some time. It is this point that should not be considered as the beginning of "negative growth" and the destruction of the company. Here are two models of management behavior and both are not successful. The first model is the position of management "there are not irreplaceable people", in this case is ignored the objective need to maintain the motivation of guru to continue staying in the project, they try to replace a highly skilled specialist hiring "two for the same money." The second model is that they try to keep an employee in a company using various ways: increasing the amount of compensation and so on, here is committed the fatal step - a talented specialist is assigned to a managerial position in the head of team with which he succeeded. A specialist, who is oversaturated by the received bonuses does not work better, here is a proverb: “no matter how well the wolf is fed, it will still look into the woods”. It is known that a good "geek" cannot become a good manager, because there is the difference between the two views of these roles in the efficient organization of work. The result is one – if a company loses a man who could unite people around himself by the personal qualities, charisma and experience, and make them as a team to achieve the goal that is a tragedy for this company.

It is the worst that can happen. In spite of all the potential flexibility of IT-company, it begins to crumble from within. Former colleagues suddenly realize that their inspired skillful work was not directed in the right way. The company loses its most skilled professionals who disagree with the current situation of the company and the remaining employees are not able to develop a product or provide services at the same level, the quality decreases as a result a share of company shrinks on the market. There comes a logical collapse of IT-company.
Tags: IT-companies, staff management
—