Apple's App Store has more than 2.2 billion apps. Consumers spend as much as 80% more on iOS apps compared to Android ones. Such a tendency led to $38.5 billion in revenue, $26.5 billion of which was paid off to iOS developers for 2017.

However, iOS is loved by developers from all over the world not only for financial reasons. The simplicity of development and minimalistic approach which company sticks to also make a difference. There are no fragmentation problems as the lineup of Apple devices is relatively small and all of them have a unified UI.

To build an iOS app, you'll need to hire iOS app developer working with Objective-C or Swift in Xcode or any other IDE. In this guide, we also cover the vital points you need to learn before you hire iOS programmers.


Many fail to understand the full scope of responsibilities that lay on shoulders of iOS developers. In fact, the borders of iOS developer responsibilities go beyond writing code. They take part at every stage of app development from planning and design aspects (wireframing screens, building UI) to testing and publishing the ready-made app to the App Store. In other words, an iOS developer turns the specifications of your mobile application into a working and user-friendly product.

Design awareness is what you should pay a due attention to while looking for iOS developer candidate. The point is, the care for design isn't something that only mobile designers responsible for since developers are also in charge of transferring good experience to final users. That's why among iOS developer key skills should be an experience with both UI/UX, understand their principles, and, of course, be good at programming in Swift or other languages.

Typically, the versatility of developers depends on their working experience. Respectively, the more projects a developer has worked on, the more complex and diverse tech problems he/she can solve.

In the IT industry, the skills of programmers are divided into three levels: junior, middle, and senior.

Middle iOS developer
After working on a variety of complex projects, developers move from beginners to a more advanced level that's called middle or mid level iOS developer. Here they have more independence in terms of working on projects.

Taking into account everything mentioned above, you're willing to choose whether your project requires less or more experienced iOS software engineer. The key factor here is your budget, as salaries for each level may vary dramatically. The project complexity also matters since the junior developer will barely cope well with a large project having a complicated business logic behind.


The iOS developer technical skills largely depend on your project. However, the general skills needed for iOS developer should look something like this:

Experience with Metal or OpenGL; 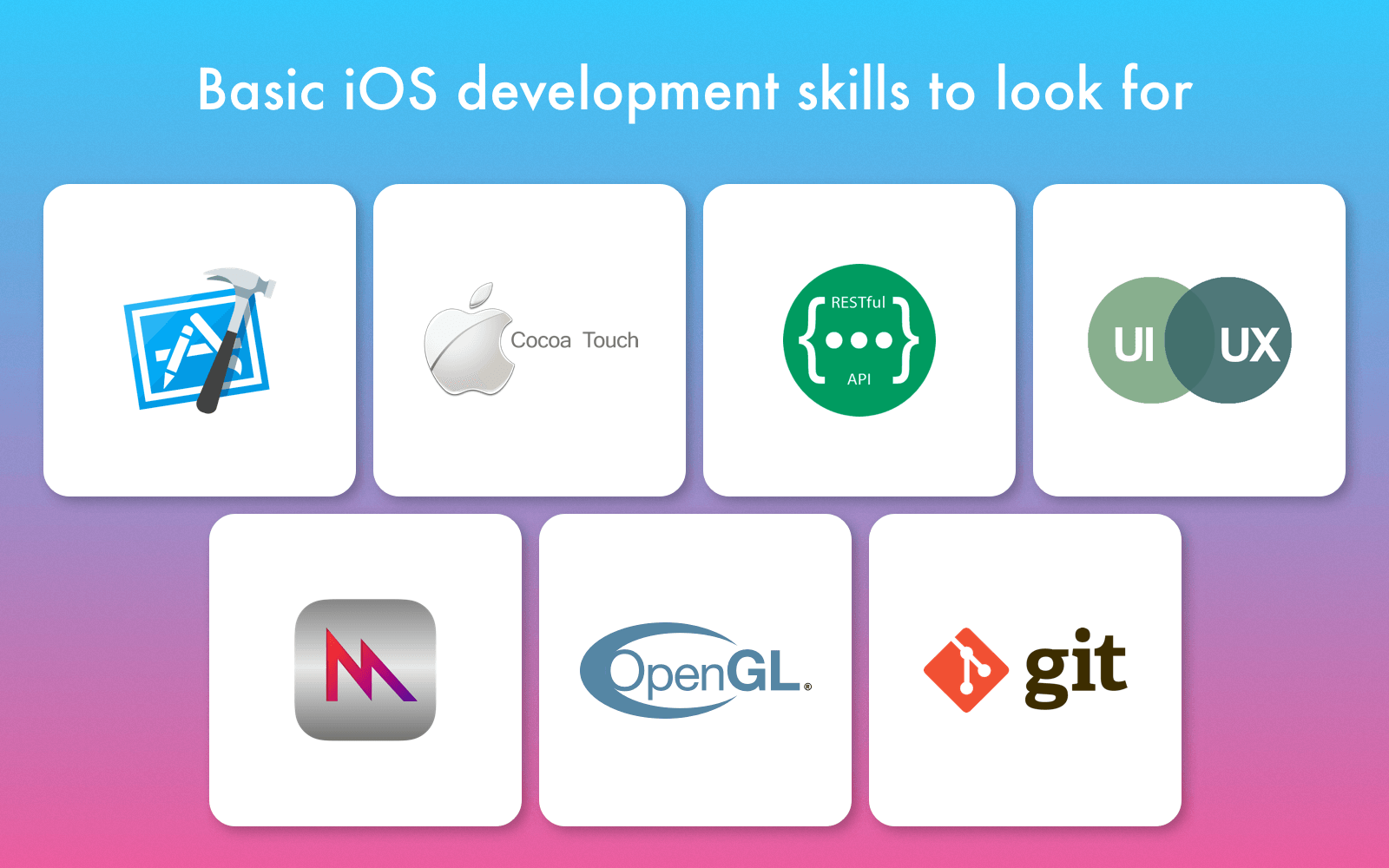 andree June 26, 2020, 13:43
This is a nice article, I also want to recommend you my Swift Development Company, we can make any iOS project that you want.