The future of icons 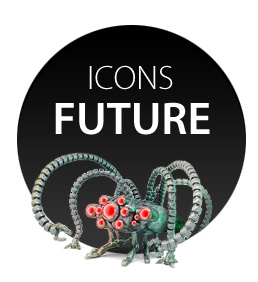 Once I have come across an entertaining post that covered the future of logotypes. The authors attempted to look into the future, and imagine how the famous brands will look like in a few years.

I was inspired by that post, and I thought it would be nice to make my own evolution of the icons. The science-fiction writers invented a huge number of options for the future of our world, and it is likely that all of them someday, somehow will come true.

I could only take a few vivid scenarios of events, arrange their chronology and make the visualization.
Originally, I had the Napoleon's plans: take the most distinctive OS icons and follow their development for five hundred years in advance. Along the way, I realized that firstly a bunch of icons just disappear along the way of time, and others simply will not find counterparts in all science-fiction versions of reality. Secondly I will get a lot of icons and considering my free time to create them will take about a year. I took four of them, which seemed the most promising and here they are: 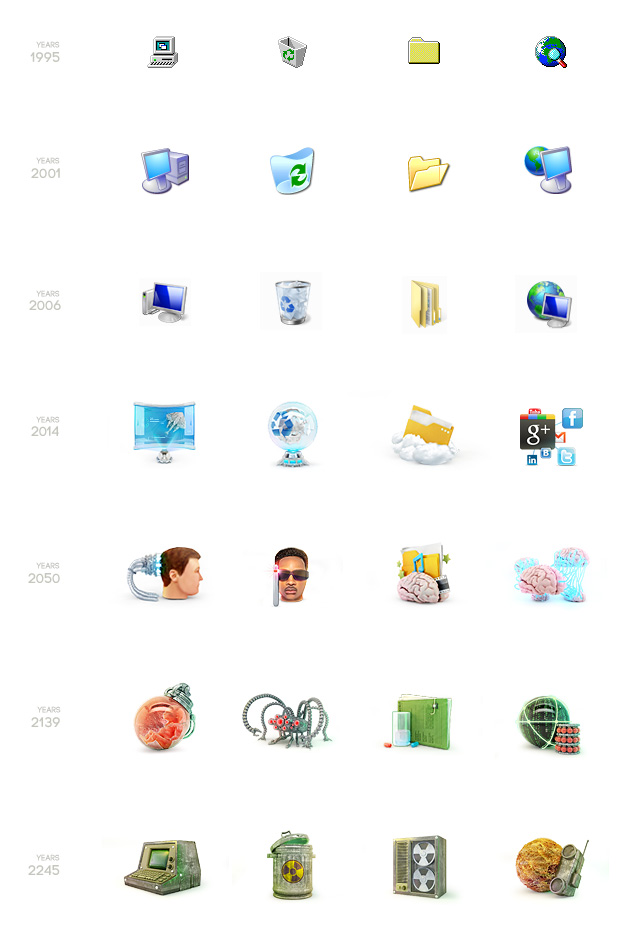 Initially, I make the icons larger than required, and then I reduce and fit them. Firstly, it gives the better quality result, and secondly after the work is done there appears necessity to make an icon bigger or turn it into a mini illustration.
In this case, the sources were made even too big.

Projection screen. "It was an explosion of swamp gas"

"Welcome to the operator's workplace of packaging line of core-cola"

P.S. I have looked through the recent posts in icon-tale and I could not resist, so I created my version of the popular icons of services. I think that the designers spend too much attention to squares (rounded or not), and they forget that there are other equally beautiful shapes such as irregular hexagons and so on. If we will increase the number of corners, we will raise their geometrical shape, banzai variety)))!

vinozvihaan Social networks Binoy Nazareth Steps into Serendipity in Maldives
xially Popular Science The most important experiment of the 20th century
KlauS Mathematics Retired mathematician who hacked the lottery
abbeylaw Gtd The Top Advantages of Hiring Conveyancing when Buying or Selling your Home
Papay Android development How to remove "non-removable" applications from a smartphone
kleop Web development The insane, immense scale of browsers
GeorgeSmt Development What Is Application Modernization and Why Keep the Tech Stack Up to Date
somit C++ Which is the best EML to PST Converter to Convert EML to PST?
leeshith Development Utilità per convertire i file MBOX in formato file PST
leeshith PHP Top EDB to PST converter application
All in live
© 2011-2021 UMumble. All Rights Reserved.