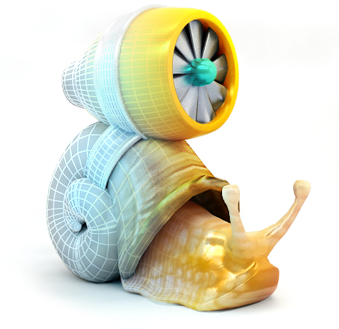 Drawing
Usually working on an icon starts with a pencil drawing, but this time here are enough inspiring Fast snail images. It was decided to make own version of the beautiful and charming snail with a turbine.

Modeling
Generally, in 3D Max a model does not have decisive importance. You could do it in Maya or Blender as well.

Shell
The model is designed as a rough low polygonal, and then you put over smoothing.

Slug and turbine
Similarly, you do the soft part of the snail. The turbine does not need any smoothing; you just do it with a dense grid.

Finished model
You put it all together. 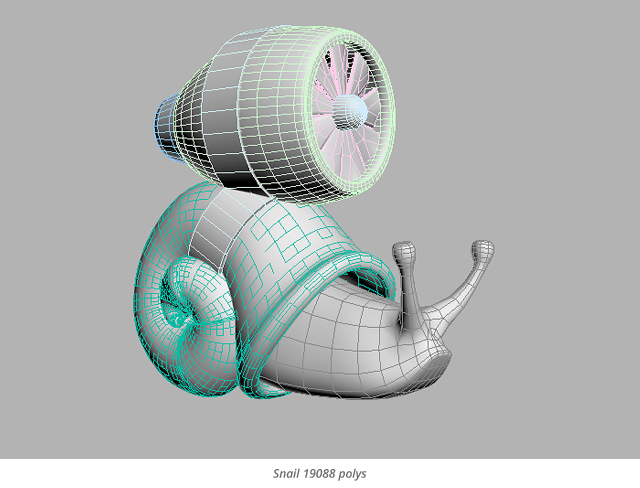 Visualization
You render this using Vray, it is better to use a newer version in order to have fewer bugs and everything would go fast.

Scene
I use a fairly standard C-shaped scene with three light sources. It allows getting not too loud with a good reflection render at high speed. A tutorial for creating such a scene can be seen here. I added two additional light sources, one is blue and the other is yellow to make the colored glares and add something dramatic.

Rendered model
You do a render test with a simple gray texture to see like the light falls. Here you can see that a strap for the turbine is little improved. 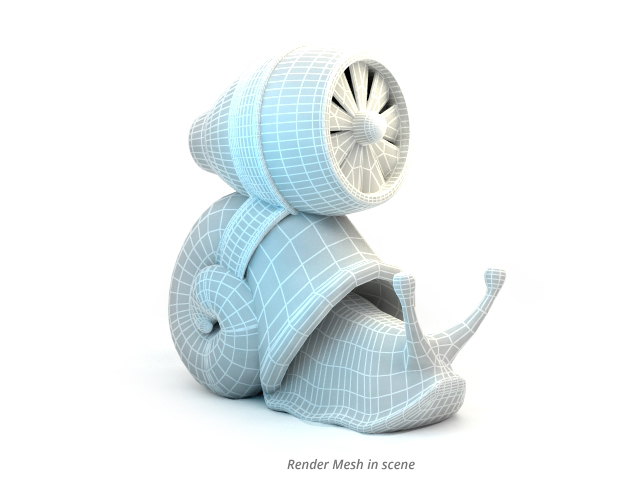 Texturing
Now you find you’re a favorite picture of snail and parse it on two parts of texture. Then you convert the texture in black and white, slightly increase the contrast and get a bump (texture roughness). The textures are put over without the loft, because the model will not be animated, and a look only will be from one angle. Set the desired degree of reflection and transparency. There is a gorgeous website http://www.vray-materials.de that has a lot of high-quality materials for Vray. You can use finished models or take as a basis for creating your own. 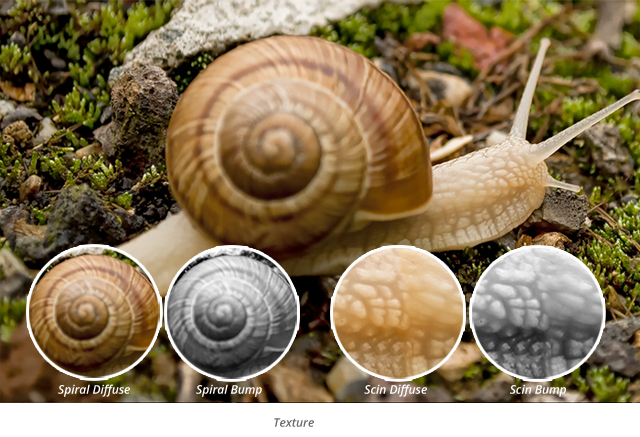 Render
You render the picture in higher resolution than it is needed in order to reduce it after the further processing. So you get a higher quality end result, less noise and sharper details. 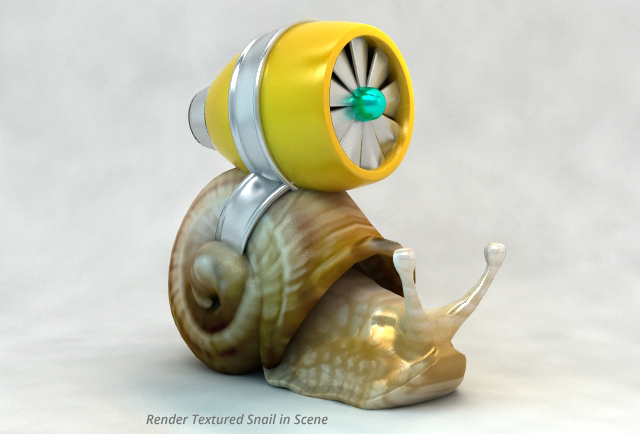 Masks
In addition, you render the alpha channel and masks for different objects. Theoretically, the masks can be considered as a single channel by giving the necessary materials (or objects) that correspond to ID, but I prefer individually. 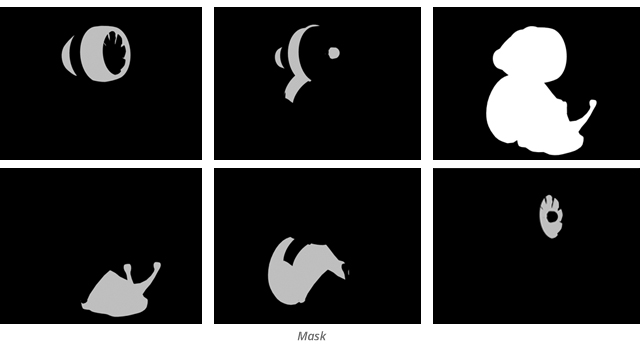 Post processing
Finished and quite dirty render could be adjusted in the Photoshop:
- Using the alpha channel cut out an object from the background.
- Do a lighter background and contrast, remove unnecessary things leaving only a shadow.
- Using masks cut out objects for the separate layers.
- Each object make brighter with more contrast, add glares, and correct a form, etc. There is no exact algorithm for these steps, it is difficult to make it, everything depends on what kind of material is being processed, and what you want to get. 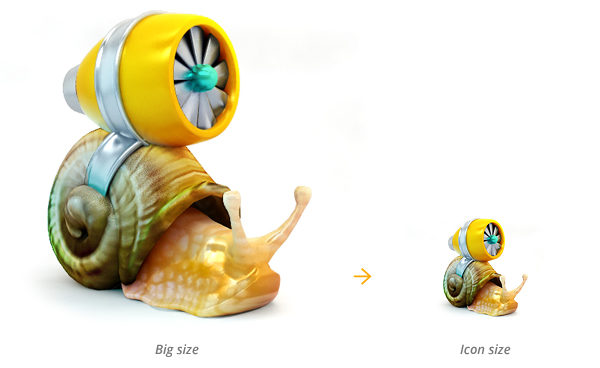