Madden 21 Team of the Week 11 has been officially announced in Good Morning Madden. A large number of new player items and challenges have been added to the ultimate team. Player upgrade items and mut 21 coins can be obtained through challenges. Let us understand the details together.

LTD
Although the Tampa Bay Buccaneers lost to the Rams in the game, this did not affect the excellent performance of the Buccaneers WR Mike Evans. As a LTD player of TOTW 11, Mike Evans received a player card with a total rating of 93OVR, and his card also has the basic attributes of 94 jumping, 93 catch in traffic, 93 spec catch and 91 speed. 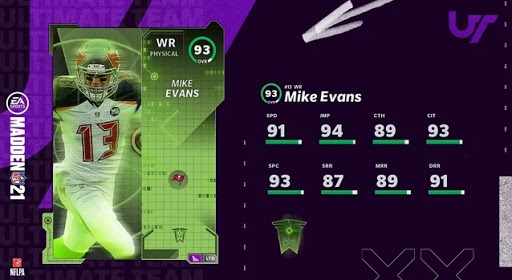 POTW
This week’s POTW player is WR Keenan Allen of the Los Angeles Chargers. Although he does not have a strong body, he has excellent skills. In the game, Allen hauled in 16 receptions for 145 yards and a touchdown. His excellent performance caused a lot of trouble to the Jets, which allowed him to win the POTW player of the week and also get a 92OVR player. card. 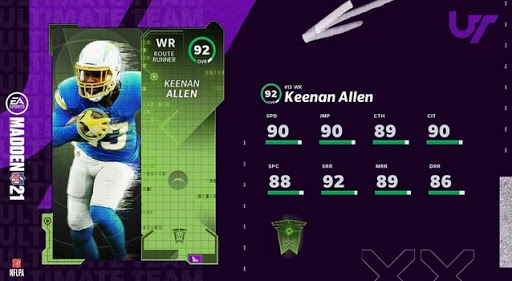 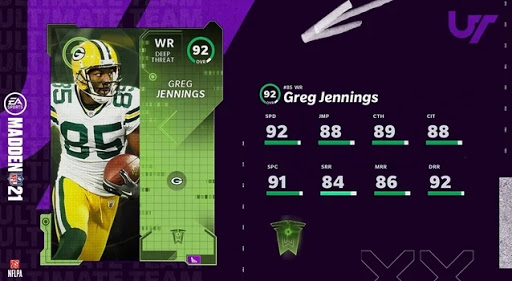 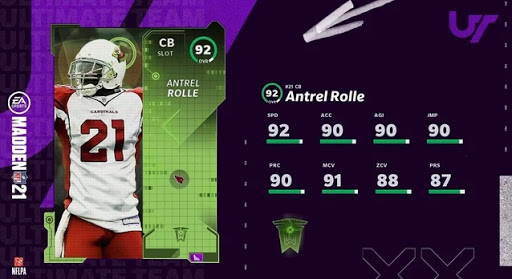 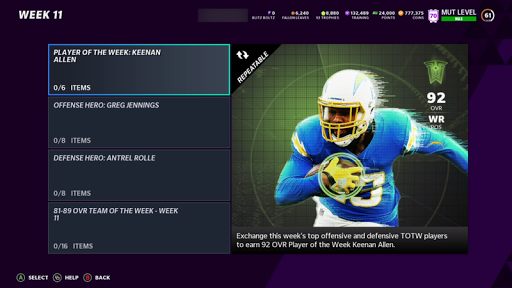 The above is all the players in TOTW 11 and how they are obtained. Gamers can enter the game for further understanding.
Tags: Madden 21 Team of the Week
—