Kodak had a secret nuclear reactor


In 1974, Kodak purchased the small nuclear reactor, which was placed in an underground bunker in the industrial complex of Kodak Park in Rochester, New York. A neutron flux multiplier was used for the experiments in the neutron photography that lasted until 2007.

The neutron source was a californium-252, the flow multipliers were plates with uranium, and the highly enriched uranium was accumulated as the waste in the laboratory. According to the experts, it was a unique device for the U.S. industrial sector. There are about 50 such multipliers with californium in the world, and almost all of them are in Russia. Kodak the only company that had this multiplier in USA.

Neither the city authorities of Rochester nor the state authorities of New York did not know about this underground bunker (size 7x4 meters) beneath the Building 82, and only a few Kodak engineers and management knew about that. This information got to the public due to some talks of a former Kodak employee, who serviced this reactor for nearly twenty years. Information was confirmed by the Nuclear Regulatory Commission of the United States. 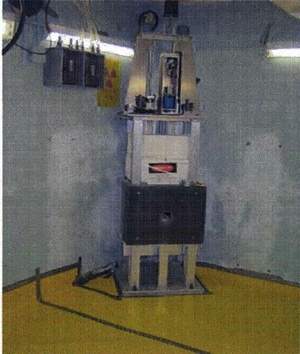 Here is a picture of the Californium neutron flux multiplier (CFX). This photo is from the archive of the Nuclear Regulatory Commission of the United States.

The former Kodak specialist and researcher Albert Filo said that the uranium was alloyed with aluminum and sealed in the form of plates in the special sleeves, which were in the lab for 30 years.

In 2007, 1.59 kg of uranium was sent for recycling in California. Enriched uranium to 93.4% is good enough to make nuclear weapons, although 1.59 kg is not enough to do that, because it is needed at least 40 kg in order to make a nuclear bomb.

Here is a list of private nuclear reactors in the United States (xls). 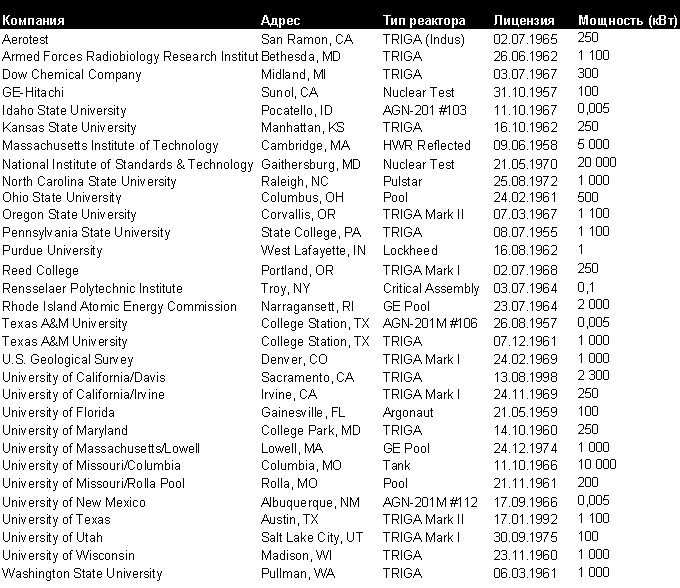