Substandard ways to increase sales in the Internet shop 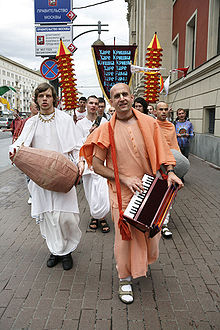 № 1
My neighbor is a jeweler; he is the owner of antique jewelry store. Once he told me like his own experience convinced him that is existence of the stereotype “expensive = good”. One of his friends was looking for a wedding gift for his bride. The jeweler just had a beautiful necklace for $ 500 that he was ready to let his friend have for $ 250. As a friend saw the necklace, he was delighted and wanted to buy it. But when he found out that the necklace was worth $ 250, he immediately became sad and began haltingly to refuse, explaining that he was looking for his bride “something really worthwhile”.

The next day, the jeweler finally realized that happens. He phoned his friend and said that the store had brought a new necklace, like the previous, but much better. This time he put the old price $ 500. A friend came, saw necklace and found its cost acceptable. He was about to pay for the purchase, when the jeweler told him that lowers the price by half as the wedding gift. A friend could not find words for joy. He bought a necklace for $ 250 and did not feel disappointed or hurt, but very happy.

№ 2
One day I received the call from a friend who recently opened a store of Indian jewelry products in Arizona. Her head was spinning from the curious news. Just something happened in her life, something striking, and she thought as I am a psychologist I could explain a lot for her. It was about the shipment of jewelry products of turquoise, which she had difficulties with the sale. There was the peak of tourist season, the shop was always full of customers, the products of turquoise were good quality for the price that she asked, but these products somehow did not sell well. My friend tried a couple of standard tricks of trade to improve the situation. She tried to bring attention to the described products by moving the display case with them toward the center of the store, it was unsuccessfully. Then she said to the salespeople that they should strongly “sell” these goods, it was again unsuccessfully.
Finally, at the evening before she left the city on business, she hastily scrawled her senior salesperson an angry note: “cut 1/2 of the price on all turquoise”, hoping to just get rid of the already disgusting items even at the cost of loss. When a few days later she returned, it was not surprised when she discovered that all products from the turquoise were sold. However, she was shocked to find out that her salesperson instead to cut by “1/2” read to hike by “2” the price, and all shipment was sold twice as much!

The author suggests analyzing a consumer psychological behavior in these situations. Note that in both stories a buyer, who wanted to buy a good product, ignoring the cheaper offer. It seems to be clear and understandable – cheaper is more profitable. Why did it happen vice versa? Logically, we can suppose that the stereotype “expensive = good” has another side: “cheap = bad”.

Let's think about a strange behavior of the buyers of jewelry, which swooped down on the party of turquoise items only after they had been mistakenly offered at a price twice as high as the original.

In our case, the buyers were vacationers and tourists that poorly versed in the turquoise, they were guided by the standard principle and the stereotype “expensive = good”. Numerous studies show that people, who are not confident in the quality of the goods often using this stereotype. The buyers who needed the “good” jewelry products from the turquoise, which has risen in price, seemed more valuable and desirable. Thus, the price has become a feature that plays a role as the trigger when determining the product quality; only one growth of price led to a sharp increase in sales of high quality products for the thirsty customers.
A classic example of this situation can be considered as the phenomenon of brand “Chivas Scotch Whiskey”. Sales volumes of whiskey rose sharply after the price was set for this product, which considerably exceeds the price of competing brands. Characteristically, the product itself had not changed. The same business strategy did Hennesy and Otard. These alcoholic liquors are in the same product category in terms of the taste and nutritional composition. Smart advertising targets the rich buyers, and most importantly - the cost and the final price lead the product into the category of premium products, which increases the consumer demand for their potential buyers.
Let us return to our customers and take a closer look at the situation, we can give the objective explanation. The buyers were people that brought up on the rule “You get what you pay for” and who saw that this rule was confirmed in their life many times. Soon they modified this rule in the statement “expensive = good”. The stereotype “expensive = good” works effectively enough for them in the past, since the market price of goods increases as far as growth its value, the higher price usually corresponds to a higher quality. It is not surprising that having no special knowledge in the jewelry business the customers have identified quality of jewelry upon their value.

The buyers of turquoise did not realize it and place a bet on the stereotypical thinking. Rather than think about it and spend some time to identify the signs that could show the true value of goods, which are made of turquoise. They took the shortest route and focused on its price as the sole criteria of quality goods. The buyers bet that the price adequately corresponds to the cost and quality of the product. They had enough information to make a decision to buy the goods.

This way to increase sales can be called as the substandard and opposed to the traditional lowering of prices and making the promos and sales. Let us pay attention to the peculiarity of this method for the online stores. Do not forget to consider that this method is not suitable for all types of goods that are sold. For example, using this method will be difficult to sell a refrigerator or a cell phone in the Internet shop. The producers themselves set the prices for these products, and change it to a higher will be senseless and stupid. Regarding the hand-made jewelries, folk art and other “exclusive” products can be successful to increase sales. Prices are completely in your hands for these goods, because there is a little information about them, and come up with a qualitative description and history of the creation of such products will not be so difficult.