Logos are not always what they seem. Some of these logos can hold a lot of information about the brand, all you have to do is look at the clues. Here are selected 23 great logos that have some kind of hidden message. Probably, you have seen some of these hidden messages before. In addition, there will be shown some new ones as well. 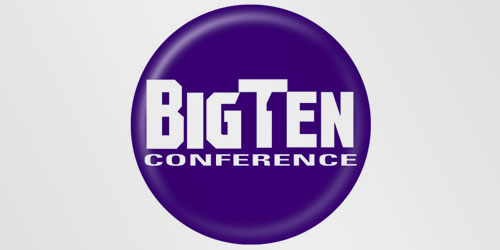 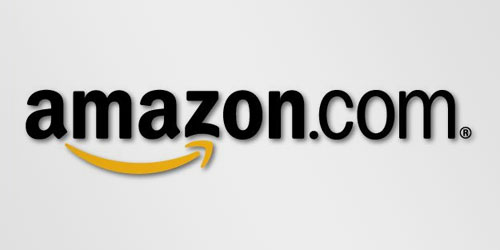 At first glance, This logo doesn’t seem to hide much at first sight, but it gives you a little insight in the philosophy behind the brand. First of all, the yellow swoosh looks like a smile: Amazon.com want to have the best customer satisfaction. The arrow sign also connects the letters A and Z, meaning that this store has everything from A to Z. 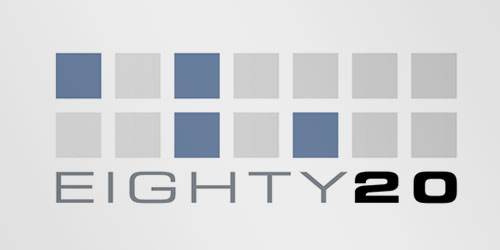 Eighty-20 is a small consulting firm. Most people think that the logo has nothing to do with the brand name. But the trick is to view the dark squares as 1′s and the light squares as 0′s. Then the top line reads 1010000 and the bottom line reads 0010100, which represent 80 and 20 in binary. 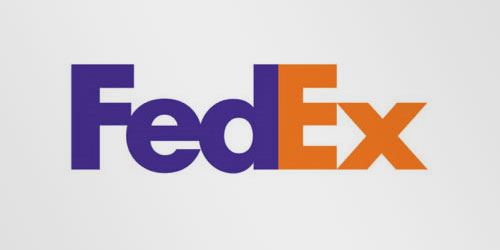 This is probably one of the best known logos with a hidden meaning. If you look closely, you will see an arrow that is formed by the letters E and x. This arrow symbolizes speed and precision, two major selling points of this company. 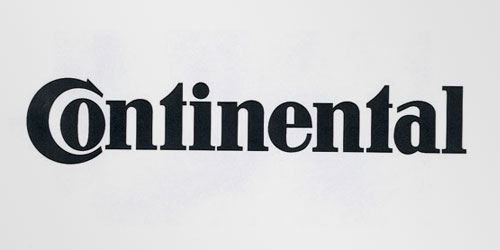 Continental is a manufacturer of tyres. You could actually see this in their logo, because the first two letters create a 3 dimensional tyre. 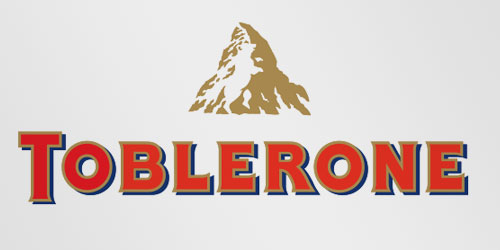 Toblerone is a chocolate-company from Bern, Switzerland. Bern is sometimes called ‘The City Of Bears’. They have incorporated this idea in the Toblerone logo, because if you look closely, you will see the silhouette of a bear. 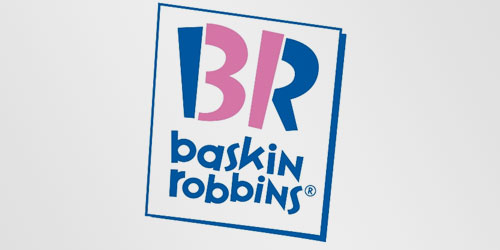 The old logo of Baskin Robbins had the number 31 with an arc above it. The new logo took this idea to the next level. The pink parts of the BR still form the number 31, a reference to the 31 flavours. 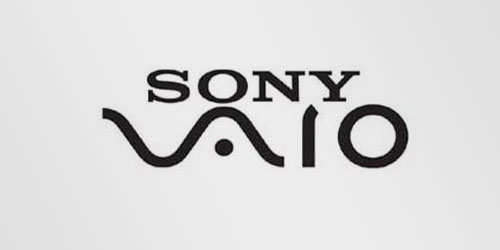 Brand Sony Vaio is a well known brand of laptops. But did you know that the name Vaio logo also had a hidden meaning? Well, the first two letters represent the basic analogue signal. The last two letters look like a 1 and 0, representing the digital signal. 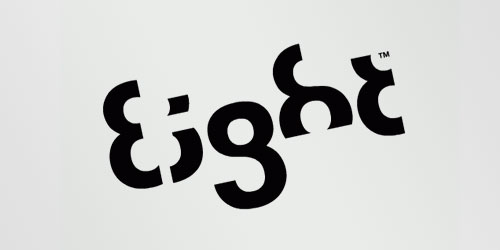 Every letter of this logo is made of the number 8. This logo was selected as the logo of the week a few months ago. 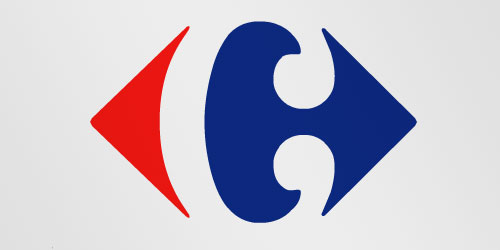 Carrefour is one of the biggest European retailers, and it is also French for “crossroads”. The logo symbolizes this word as two opposite arrows. They also added the first letter of the name, because if you look closely you will see the letter C in the negative space between the two arrows. 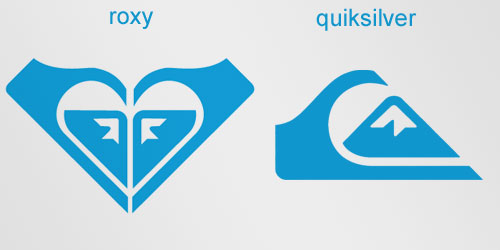 Roxy is a company that specializes in clothing and accessories for girls who love snowboarding, surfing… The company is actually a part of Quiksilver. The Roxy logo is made of two Quiksilver logos that form a heart. 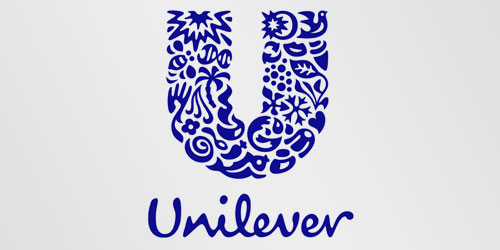 Unilever is one of the biggest producers of food, beverages, cleaning agents and personal care products. They produce a huge amount of different products and they wanted to reflect this in their logo. Each part of the logo has a meaning. For example: the heart represents love, care and feeling of well-being, a bird is a symbol of freedom, relief from daily chores and getting more out of life. 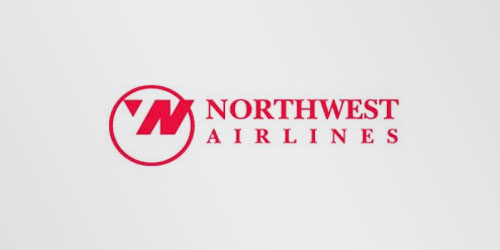 This simple looking logo actually carries a whole lot of information. First of all you can see the letters N and W, the first two letters of the brand name. But what most people do not see is the compass that points to the Northwest, another reference to the brand name.

The Milwaukee Brewers is a professional baseball team from Milwaukee, Wisconsin. Their logo is actually made up of the letters M (on top) and B (below the m). These two letters also form a baseball glove. 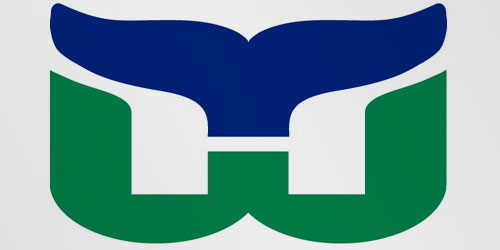 This logo also uses a negative space to create the letter H. You can see three different parts: the letter H and W and a whale’s tail in blue. 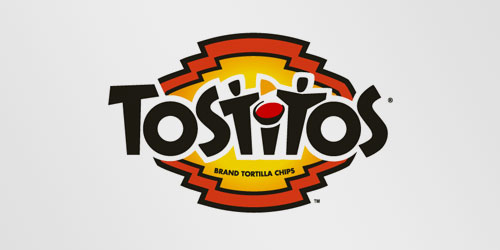 If you look at the centre of this logo, you can see two people enjoying a Tostito chip with a bowl of salsa. This logo conveys an idea of people connecting with each other. 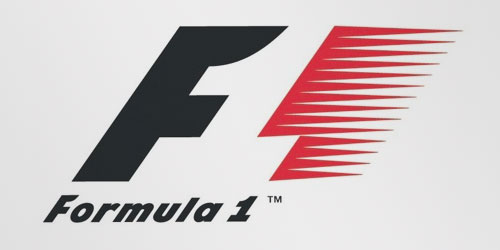 At first, this logo might not make much sense. But if you look closely, you will see the number 1 in the negative space between the F and the red stripes. In addition, this logo communicates a feeling of speed. 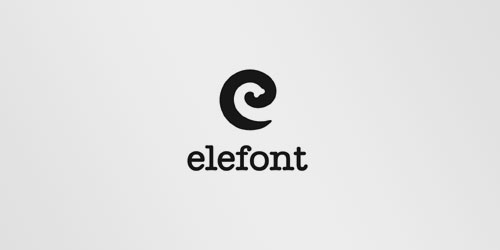 This logo might look like a simple letter, but do not be fooled: you can see a part of an elephant’s trunk in the negative space inside the letter e.

The Sun logo is one of the most famous ambigrams in the world. You can read the brand name in every direction; both horizontally and vertically. This logo was designed by professor Vaughan Pratt of the Stanford University. 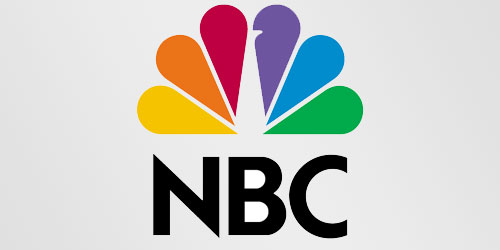 The NBC (National Broadcasting Company) is one of the biggest American television networks. Most of you have already seen the peacock in this logo. The peacock has 6 different tail feathers, referring to the six divisions at the time that this logo was created. The peacock’s head is flipped to the right to suggest it was looking forward, not back. 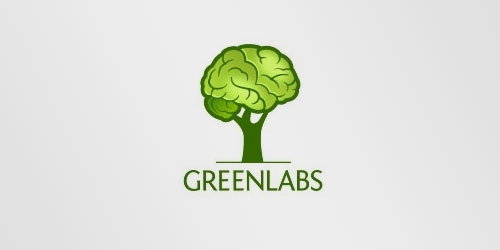 This logo looks like a simple, boring green tree, but if you look at the tree crown, you will see that it can also be interpreted as a brain. The logo lays emphasis on the strong intellectual capabilities of the company’s staff and also reflects ‘green’ and ‘labs’ parts of their name. 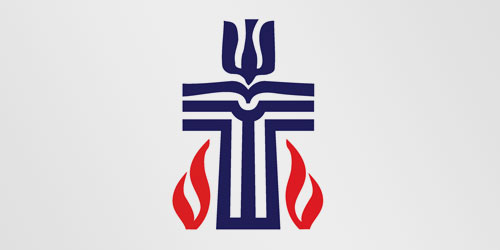 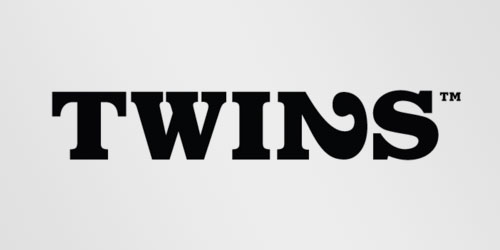 This logo was made for twins. To reflect the essence of the duo, a bold typeface was created to reflect the boldness of their approaches. The number 2 was integrated to show the creativeness of their ideas.
Tags: amazon, fedex, logos, massage, sony vaio
—