New York artist Jonathan Brand intended the unthinkable: he decided to combine two his hobbies, such as work with paper and fussing with the "classic" cars like the Ford Mustang of 1969 year of model. 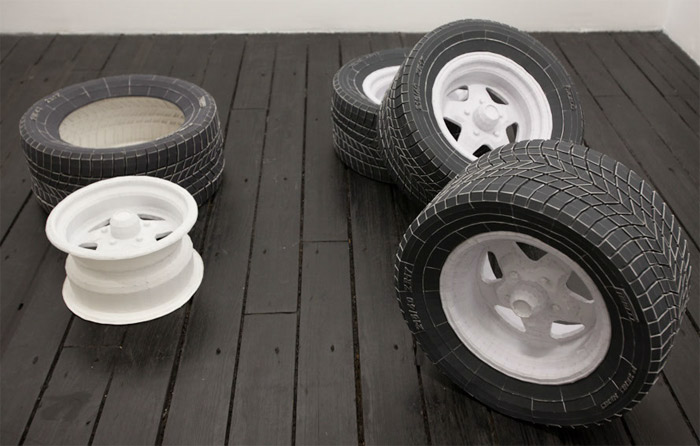 More precisely, he decided to make the Ford Mustang of 1969 entirely from the paper including the engine frame, each individual detail of the engine, wheels, doors, seats and other parts of the car.

The work began with a detailed three-dimensional drawing on a computer. Next, Jonathan used a large format printer for printing of "layers" from the paper, which he carefully cut out, then numbered and gradually glues with white glue on each other. Thus, the artist created a very complex real model of each individual detail from the "two dimensional" paper printouts. 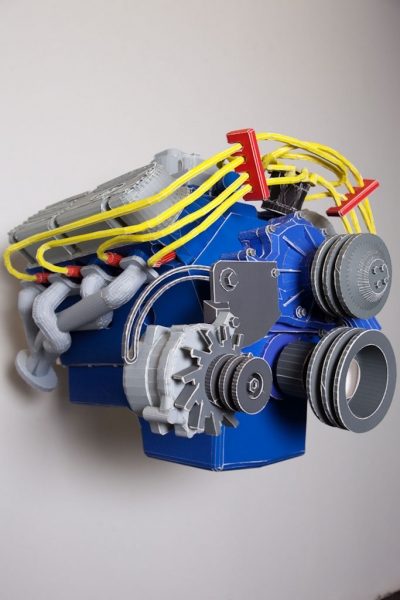 Page of the project is on the Jonathan’s website that is titled by a phrase "One Piece at a Time", which was borrowed from a song of Johnny Cash about an employee of Detroit assembly line of "Cadillac", who dreamed of one day to get himself one of the cars that he assembles, so he decided to steal the "Cadillac" by parts and to assemble it out of the plant. 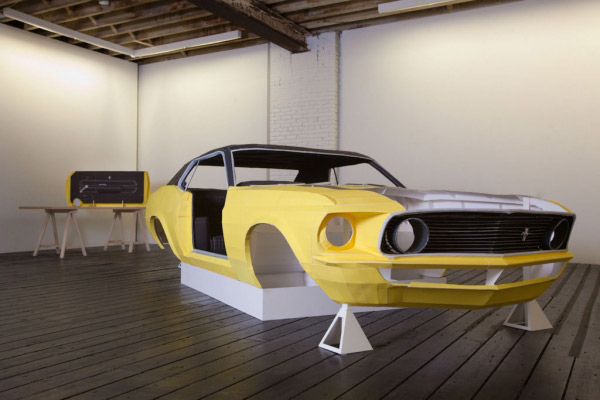 Brand already has made the body of the car, steering wheel, seats, engine, tires, wheels, doors and other petty parts. Thereat, the detailing simply amazes - how many layers did he glue?! We look forward to the completion of this mega-project.

All photos can be viewed on the website of the artist.
Tags: 3D, design, Ford Mustang, Jonathan Brand
—