In this article, we'll talk about the "magic" constant 0x5f3759df, which lies at the heart of the elegant algorithmic trick for quick calculation of the inverse square root .

Here is the complete implementation of this algorithm:

Today, this implementation is already well known, and it became so after the appearance in the code of the game Quake III Arena in 2005. Her creation was once attributed to John Carmack, but it turned out that roots go much further - to Ardent Computer , where in the mid-80s it was written by Greg Walsh. Specifically, the version of the code that is shown above (with funny comments) is really from the Quake code.
In this article we will try to understand this hack, mathematically derive this very constant and try to generalize this method to calculate arbitrary degrees from -1 to 1.

Yes, it will take a bit of math, but the school course will be more than enough.

Plankalkül (Plan Calculus) is first high-level programming language in the world designed for engineering purposes by Konrad Zuse between 1943 and 1946 for his computer Z4 (the picture of computer is below, taken from "Wikipedia"). 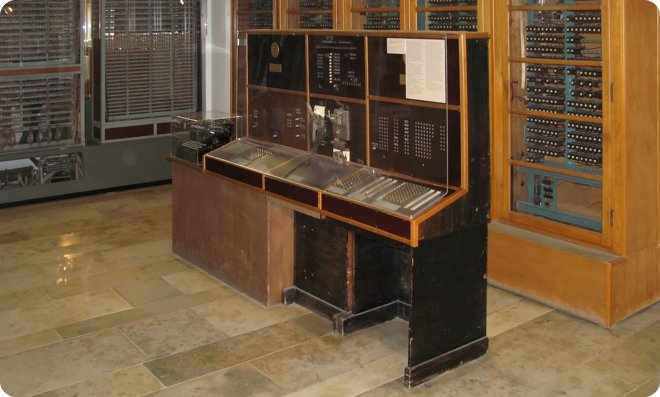 There was the World War II; Zuse worked in isolation from the scientists of other countries, quite independently. During this time he had created not only a programming language, but also he wrote 49 pages of programs for evaluating chess positions using this language. All his work was eventually more comprehensively published in 1972.
More detail...
Tags: Plankalkül, programming languages
— 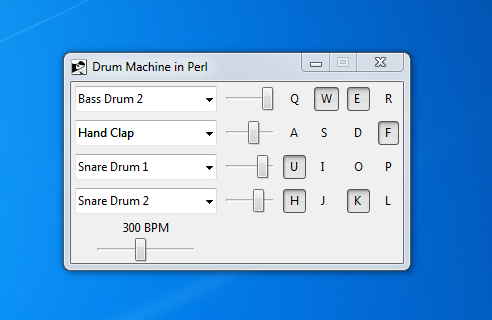 Let us try to write a simple Drum Machine in Perl using MIDI and Tkx as a graphical toolkit.

General MIDI provides a special channel under number 10 for the percussion instruments.

The required numbers of notes can be found on this webpage.

We need the modules: Win32API:: MIDI and Tkx. The last you have to be installed, if you are using ActivePerl.
More detail...
Tags: Drum Machine, Perl
—