Android Tablets And Mobile Applications Are Taking Away The TV Audience


We can say that mobile and tablet applications have replaced the TV because in the research, it is found that people today spend minimum three hours every day on their mobile devices. Android development India team experts are leaving no room for bugs in such applications that could disturb the audience while watching their shows. More entertainment applications are coming with their own web series and movies and thus, people spend lesser time on TV nowadays.

The days are gone when we called television the “first screen” for entertainment. Lots of entertaining applications are now made by android developers and the idiot box has been replaced by phones and tablets officially as the trend is on rise for the past two years.

On an average, people spend their minimum three hours every day on their mobiles. In comparison, the time spent watching TV has remained constant since 2012, at two hours, 48 minutes every day. The research done by experts confirms that smartphones are winning and TV is losing, especially when it is about the viewers in the most desirable 18 to 34 demographic.

The reason behind this big change is the mobility and access of smartphone. Smart devices designed by engineers are practical and users have them in front of themselves every time. These factors, along with the massive introduction of content through millions of apps, helped mobile in gaining major share of audience today. 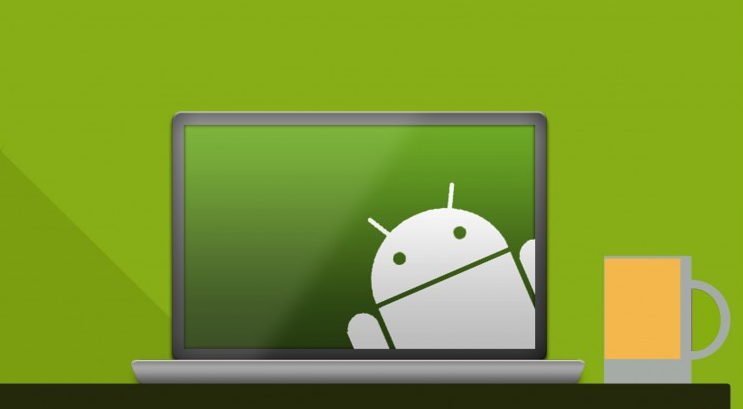 Even teenagers have started ditching TV for the iPad

Children these days are more fascinating about tablets than TV. Teenagers are having their own phones and tablets. On an average, smartphone user tends to give 2 hours or 119 minutes every day while using the device. Kids are becoming expert in handling ipad and tablets and they use them to complete their homework. It found that in each day, kids spend 24 minutes on surfing the net. This includes the use of social networks, music downloads, and gaming.

People between 18 – 34 years age are using smartphones, phablets, and TV-connected devices like game consoles or streaming boxes more than before.

Why it is a concerning issue if technology always changes the world? Why many think that this technology is rotting human brain?

Excessive use of mobile and internet make people less attentive and active. As per the study, it is discovered that people with age 18-65 have issues with their memory. Users doing excessive use o mobile phone and internet experience cognitive failures, including skipping appointments due to lack of attention.

We can easily see why some people think smartphones are making us zombies when you see people walking around aimlessly, head down to the screen. But mobile and internet users are the most likely to lose their concentration and forget crucial things- even if they are not using the technology.

These effects are not connected to internet and social media users only. These are observed in those whose phones don’t have connectivity to the internet.

Smartphones are making generation stupid. They are snatching the ability to think for ourselves. Researchers found that people with strong cognitive skills spend less time on their smartphones and devices than those with less brain power.

The lazy generation is getting lazier with the use of this technology. Surfing online for random topics is replacing natural curiosity and this trend will only get worse in near future.

Smartphones are now the devices making people dumb and less able to think independently as they rely on looking up information instead of thinking things through for themselves.

What Do They Watch And How?

Researchers asked 2400 consumers about their viewing habits and found the Internet is the major source of content for them. Also the volume of online content is growing, whether produced by amateurs or professionals, providing a list of choices every day.

Vast majority of youth, ages 18-34, like to watch videos and movies on laptops, tablets, or smartphone, instead of TV. The reason behind this is the portability of these devices. While on their way, they can complete the entire movie or web series without ad breaks.

There is nothing hidden in the fact that TV is steadily losing its subscribers. People are using more tablets and smart devices to watch entertainment. They don’t want to rely on cable TV to get some entertainment. It is the time to re-invent TV. Tech people do understand this and bring Next-gen smart TVs for consumers.

Next—gen TVs are gaining acceptance faster. They connect to broadband and are intended with operating software to support their mobile applications.

The entertainment has now more faces for consumers – streamed music, social media, and games. Current generation actively searches for content in novel ways with the help of recommendations by subscription algorithms or reading social media posts.

Advertisers Are Shifting To Mobile

Due to shift of traffic towards mobile and internet, advertisers are finding best ways to reach audiences. Many web series and entertainment shows running online are sponsored by brands for marketing purposes. The effect of online marketing in such way is giving more ROI as compared to other modes. Big data analytics may solve some complications of mobile audiences.

Have something to share? We don’t mind. You can say in comments below!
Tags: android, Android Development India
—

Aradhya Mathur July 7, 2017, 5:50
Hello
Love the post, thanks keep up the good work! Bookmarked!. Such a type of blog post will definitely click to numerous viewers. A good article and useful for its written content. Many thanks for sharing it up! An increase in Additional.
But I think it is not mandatory that android tablets and mobile apps are taking away the tv audience because all the lots of people still watch the tv serials programs in television rather then in mobile phones...after all we are indians so how you can say that ...

lulliya Open source EDB to PST Converter to Convert Exchange EDB Mailboxes to PST
tobiasnoah Programming The Udemy Clone Script ensures easy access to the top in-demand skills
abbeylaw Gtd The Top Advantages of Hiring Conveyancing when Buying or Selling your Home
Papay Android development How to remove "non-removable" applications from a smartphone
kleop Web development The insane, immense scale of browsers
GeorgeSmt Development What Is Application Modernization and Why Keep the Tech Stack Up to Date
somit C++ Which is the best EML to PST Converter to Convert EML to PST?
leeshith Development Utilità per convertire i file MBOX in formato file PST
leeshith PHP Top EDB to PST converter application
shravandm Web development HOW TO START AN ONLINE STORE IN 2021?
All in live
© 2011-2021 UMumble. All Rights Reserved.